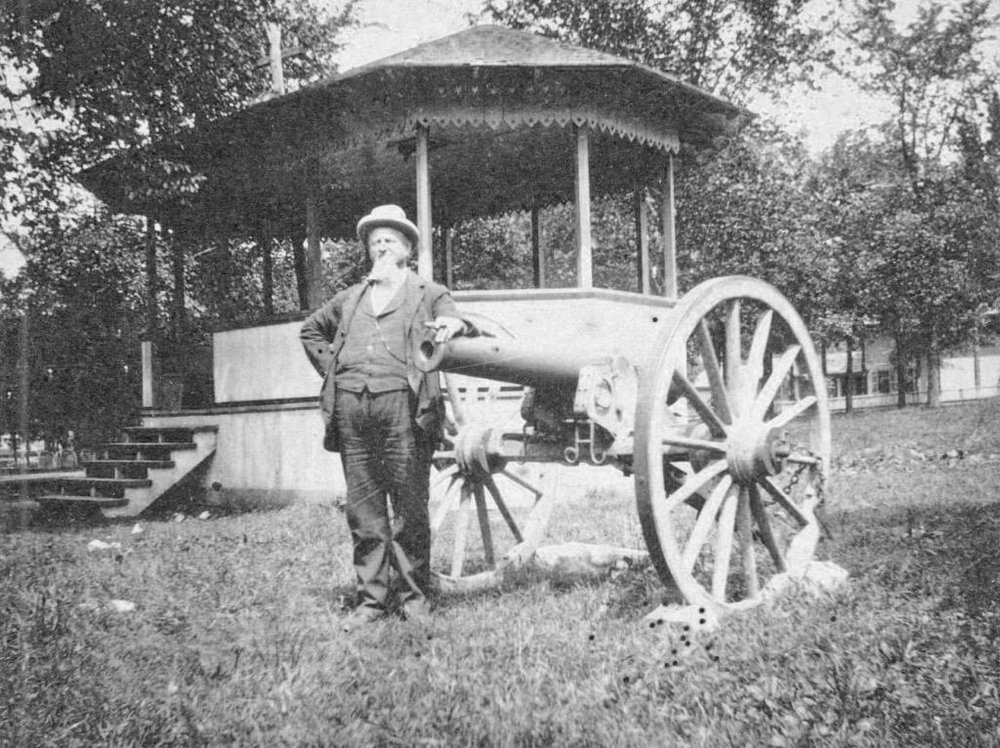 This bandstand is a replica of the bandstand that stood in Naperville’s Central Park from 1889 to 1922. Originally a speaker’s platform constructed in honor of the 100th anniversary of George Washington’s inauguration, local music ensembles soon began using it for performances. Throughout its long history, Naperville has had many popular bands. The first of these, the Naperville Brass Band, was founded in 1859. The band first performed at a Fourth of July celebration that same year, appearing in blue and white uniforms. During the Civil War, the band became known as the Regimental Band and played, among other patriotic tunes, a rousing version of “Yankee Doodle.” After the Civil War, the band was renamed the Naperville Light Guard Band, often performing in the Central Park bandstand until its disbandment in 1900. A few years later, another Naperville band, the Lounge Factory Band, named in honor of the local furniture factory, began performing in the bandstand. The bandstand has since been replaced by a band shell, and Central Park continues to host performances by local groups, including the Naperville Municipal Band.