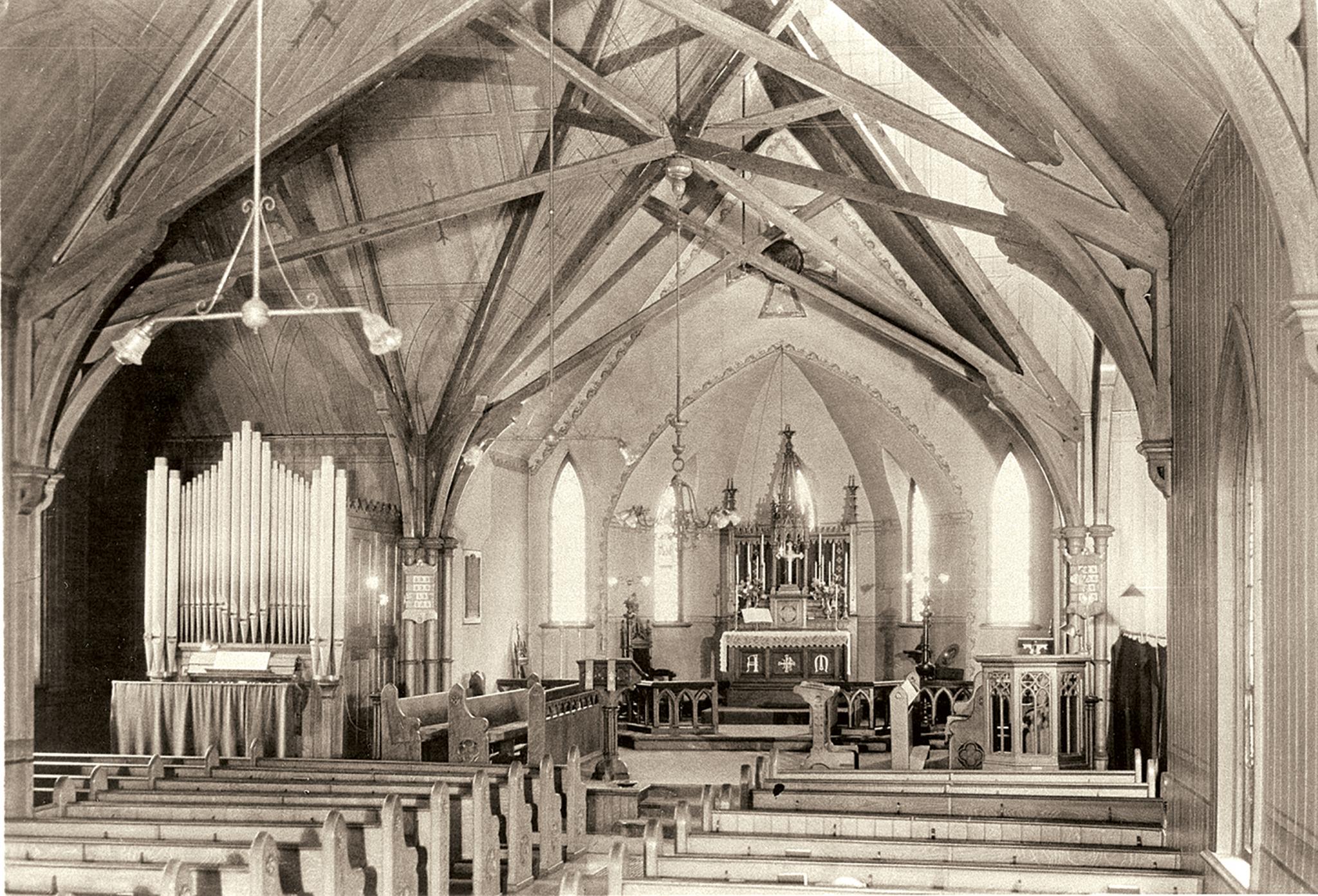 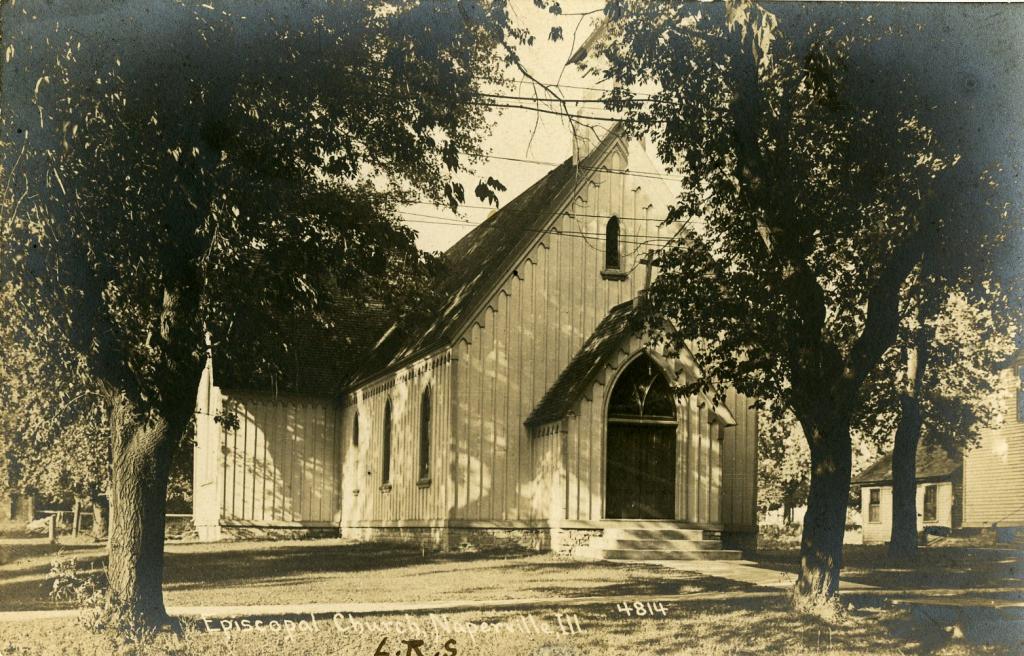 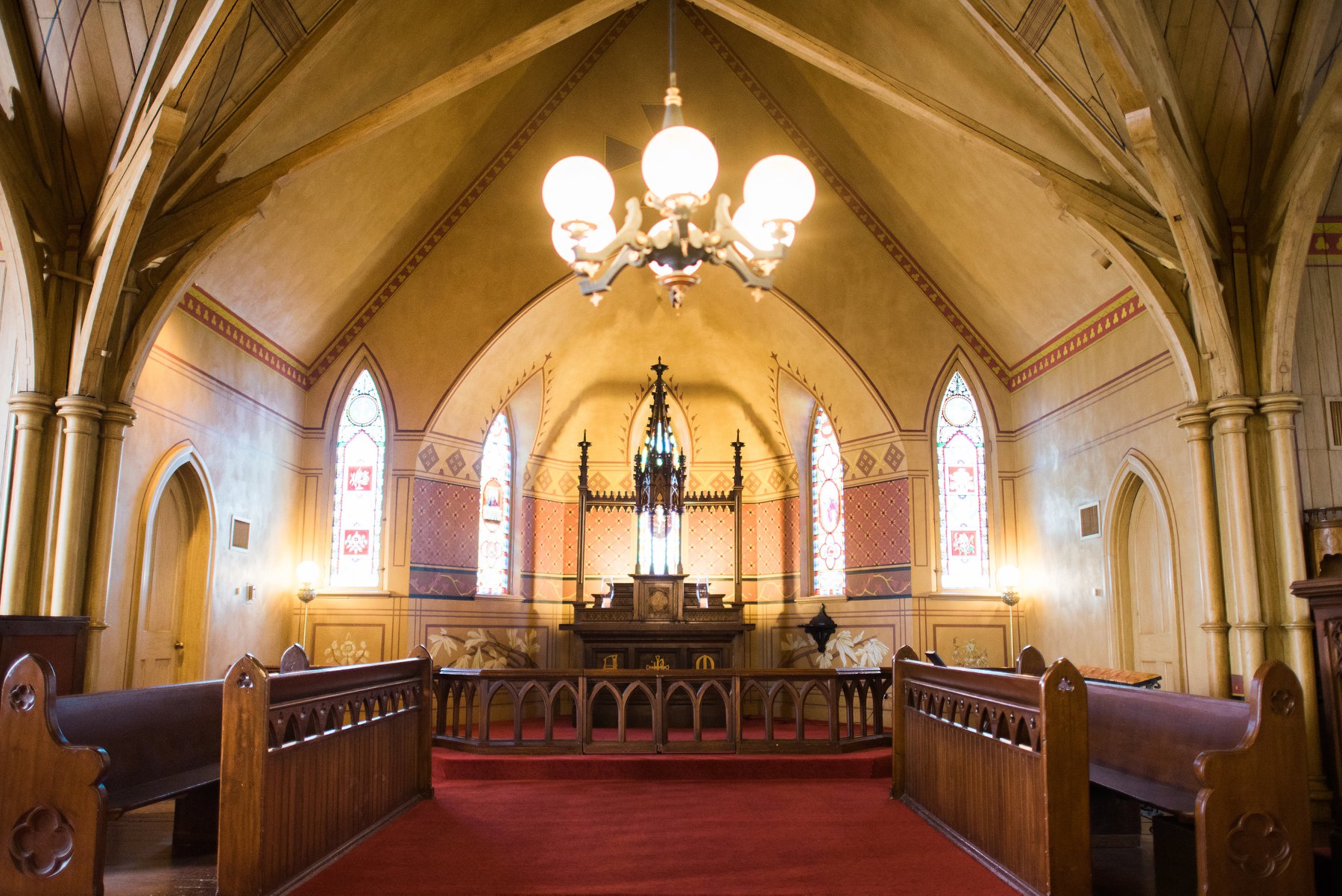 Built in 1864 during the Civil War, the Century Memorial Chapel served the congregation of St. John’s Evangelical Church until the 1960s. The Century Memorial Chapel is designed in the Prairie Gothic style popular in Illinois at the time. Fashionable architects in the Northeastern states popularized the Gothic Revival style in the U.S., and it quickly found favor among American builders between 1840 and 1870. In rural areas like Naperville, timber was more accessible than stone, the typical material for many classical Gothic structures. Carpenters applied the same styles and principles of Gothic revival architecture that were typically done on stone to wood. Builders encouraged churchgoers to look up to the heavens by adding details that draw one’s eye upward. The vertical siding of the Chapel brings your eye up to the pointed windows and the steep pitch of the roof. The windows are shaped like a pointed arch, also called a lancet, with some even extending into the gables of the roof.

While Civil War battles were not heard in Naperville, the war weighed heavy on the hearts of its citizens when this church was built in 1864. 365 young men from Naperville volunteered during the war; some of those young men did not live to see home again. However, along with devastation, the war also brought prosperity to agricultural towns like Naperville. Demand for grain and livestock was high. Business was good—so good that the congregation of St. John’s Episcopal Church could finally afford to build their own church. Consecrated in 1865, only days after the assassination of Abraham Lincoln, the Chapel served as a place of worship and community for the congregation of St. John’s. When the building was scheduled to be demolished in 1969 to make way for a new professional building, a group of Naperville residents organized a group to “save the chapel” and succeeded, resulting in the creation of the Naperville Heritage Society and the chapel’s move to Naper Settlement in 1970. The Century Memorial Chapel continues to be a cherished gathering place for residents with dozens of couples choosing to hold their wedding in the Chapel each year.