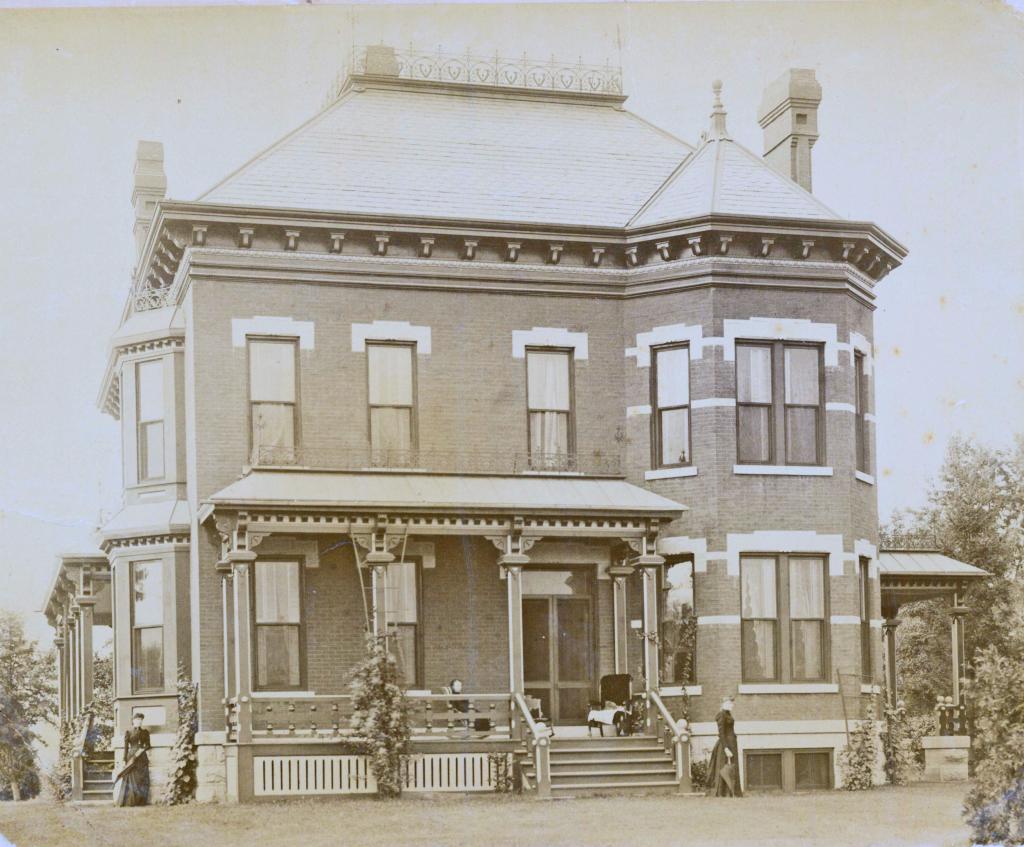 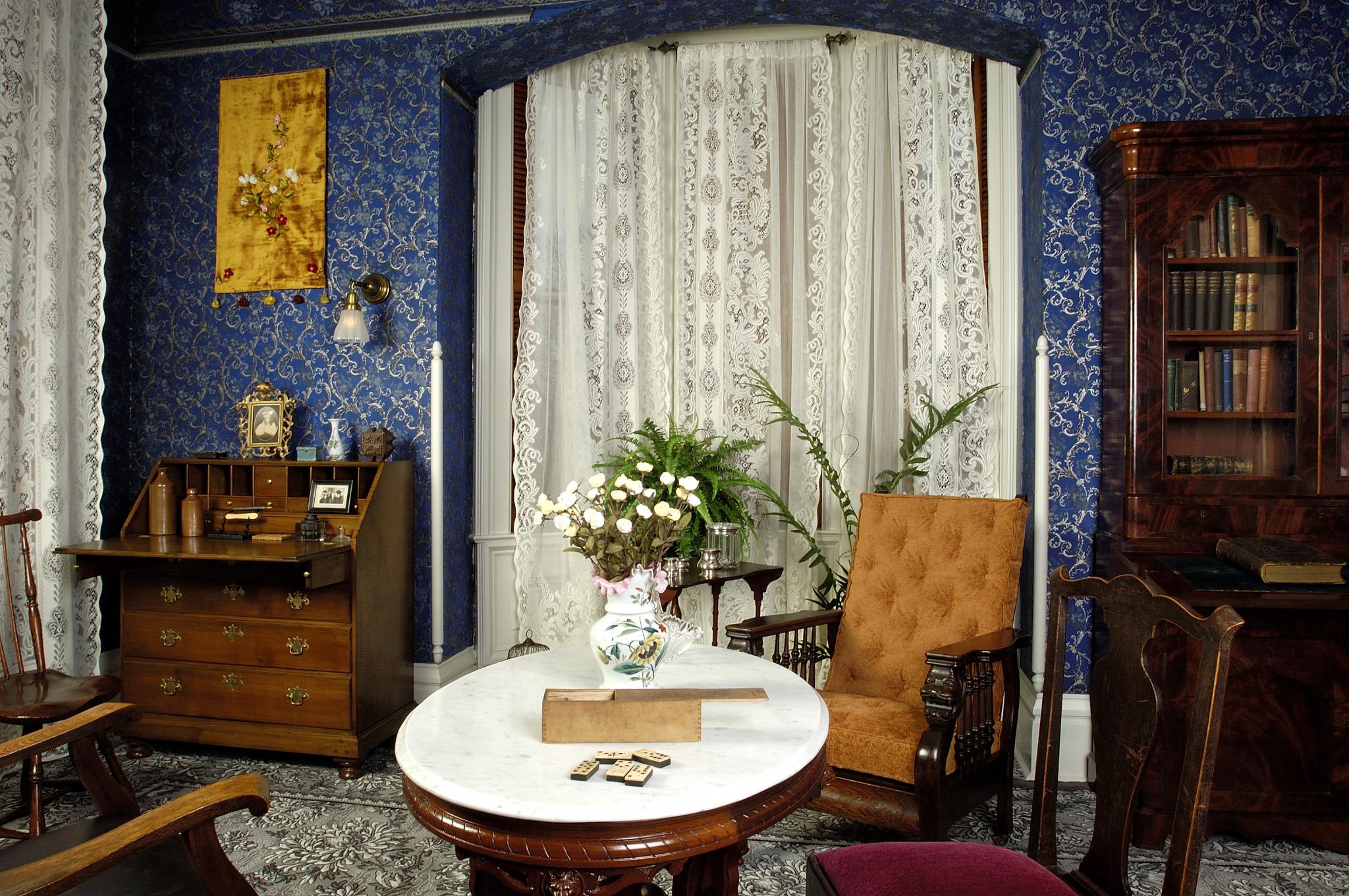 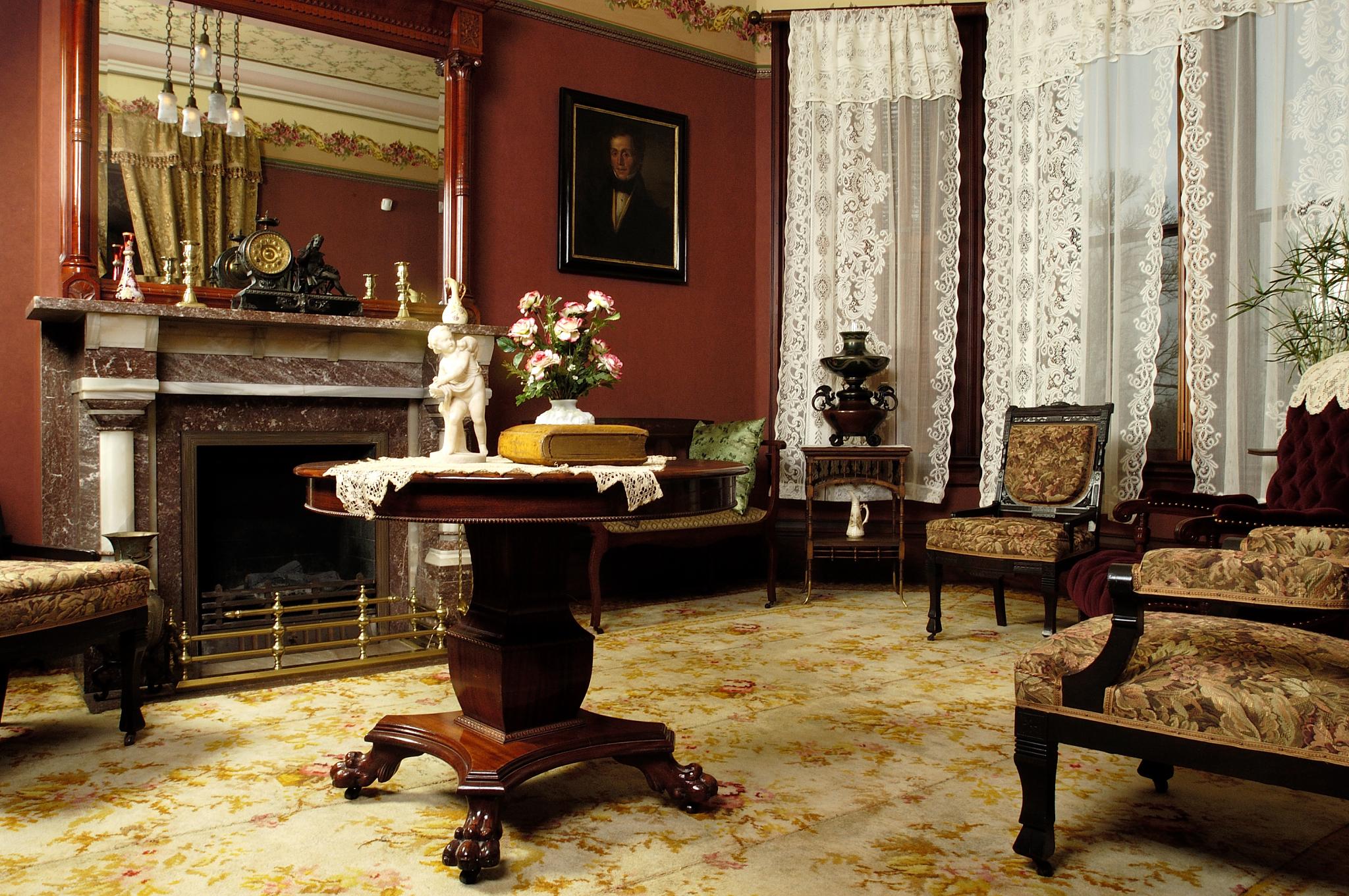 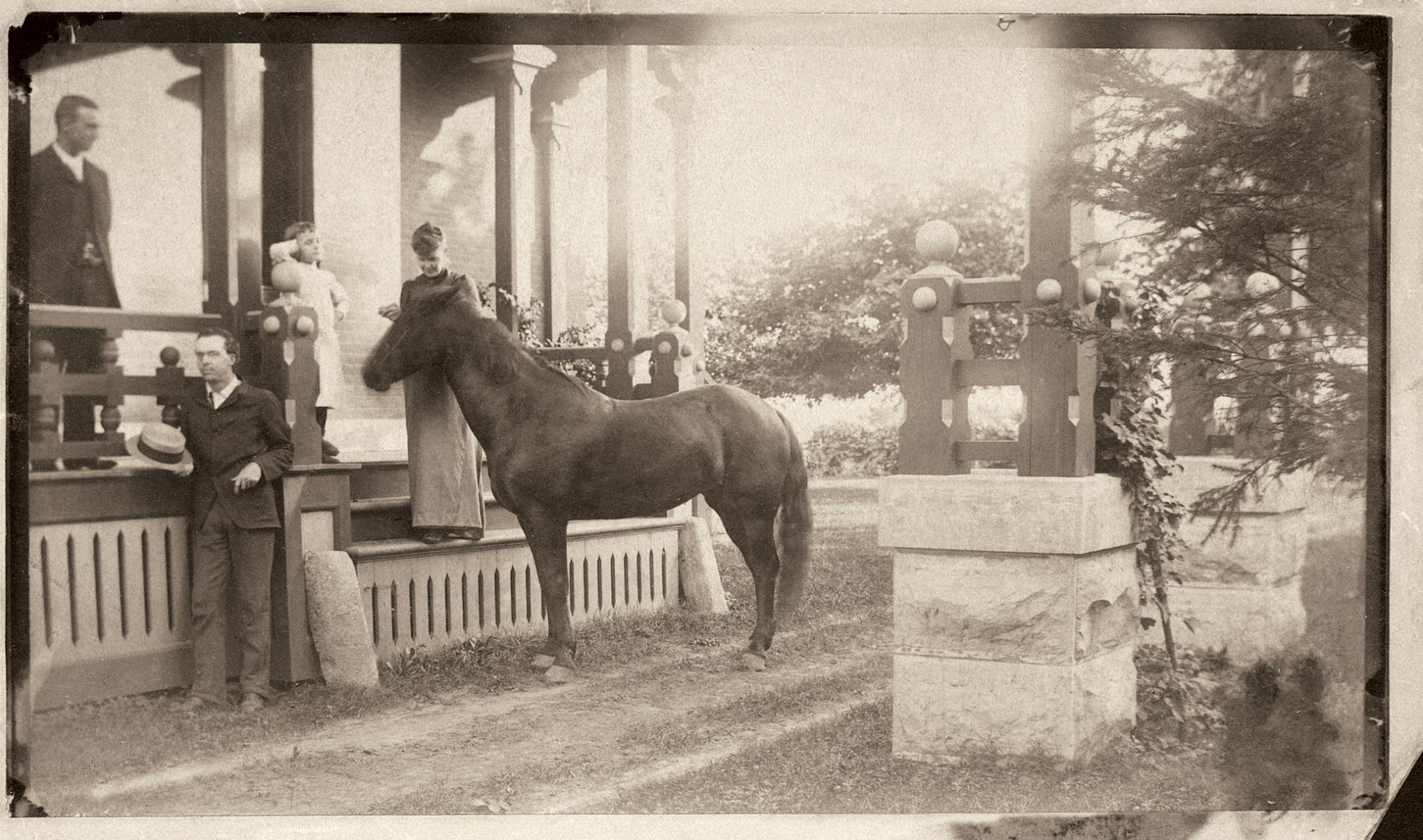 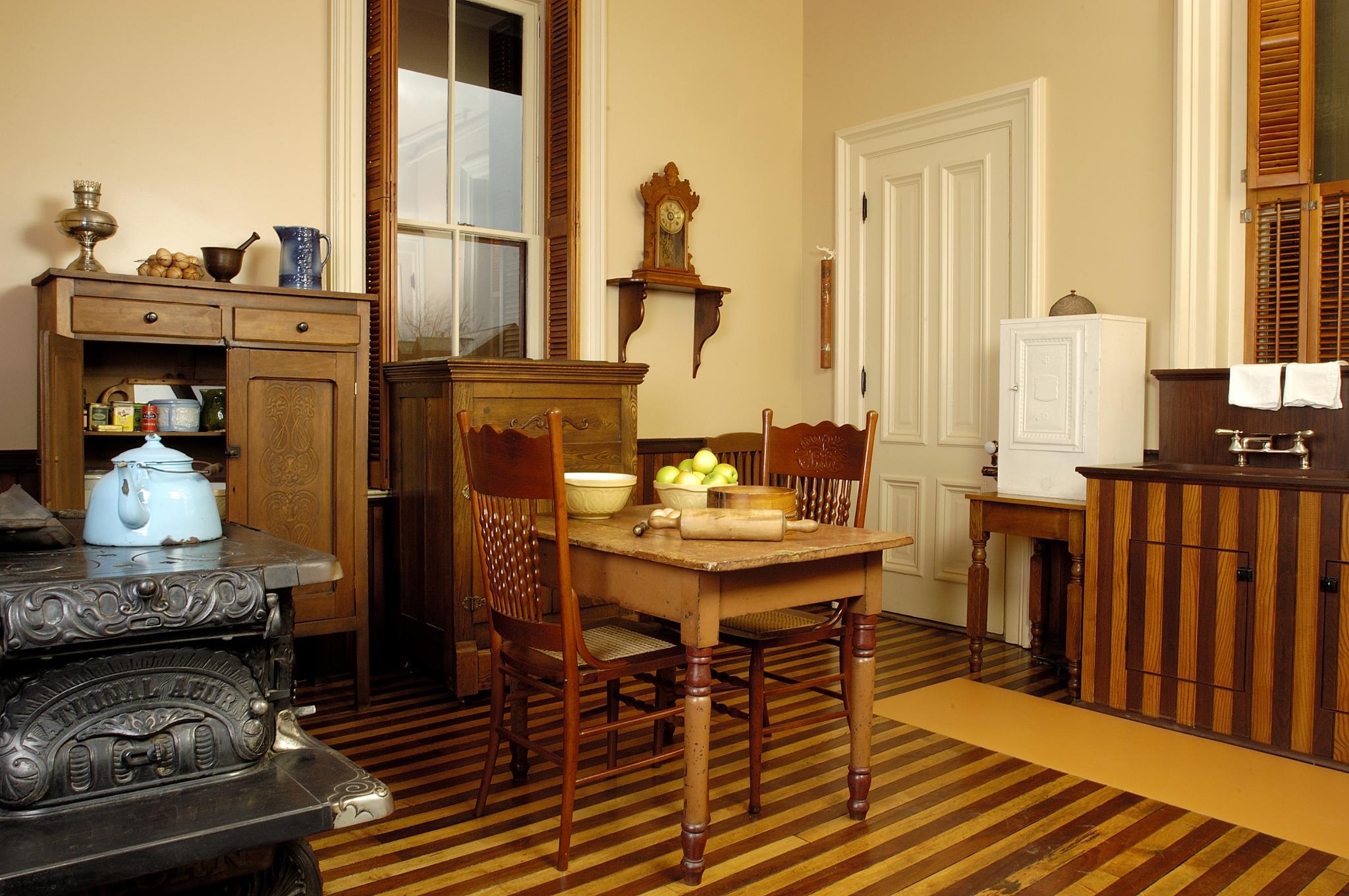 Both immigrants from Scotland, George Martin III and his wife Sibelia met in Naperville, married in the 1850s, and had four children together. Operating a limestone quarry business, Martin saw a boom following the Great Chicago Fire of 1871. Almost a decade after the business boom, George Martin began constructing his three-story brick house in 1883. The new house was situated on the rural edge of downtown Naperville. Surrounded by 212 acres, this new structure stood like a castle, overseeing farmland and Martin’s rock quarry pits, which had also furnished many of the foundations upon which the town’s buildings rest. Martin hired Joseph A. Mulvey from Aurora to design a house that celebrated his success as a businessman.

The mansion shows a variety of popular Victorian architectural styles. When used together, they are commonly referred to as Victorian Eclectic style. The Italianate style is the most dominant on the exterior façade of the mansion. This style was inspired by Italian villas and was popular in the United States from the 1860s through the 1880s. Other popular Victorian architecture features on the house include the porch’s overall High Victorian Gothic appearance, similar to the Century Memorial Chapel at Naper Settlement. The roofline is a Second Empire style, best characterized by a mimicked mansard roof, or a four-sided roof with two slopes, with the lower slope at a steeper angle than the upper. In honor of their Scottish heritage, the Martins named their estate Pinecraig.

After his father died when he was fifteen, George Martin not only tended to the family farm, but also expanded his family’s land to include a quarry on the DuPage River. In the 1850s, Martin had developed a commercial quarry that was advertising lime and building stone in the local paper. Following the Chicago Fire in 1871, stone and gravel were at a premium. By 1872 Martin, along with partner Ernst von Oven, had developed another business, the Naperville Tile and Brick Works. The timing was perfect.

The Martins themselves represented a typical Victorian success story. While most Naperville residents still ate in the kitchen, Martin, his wife, and their three daughters, Elizabeth, Catherine, and Caroline, could leave behind the dynamite blasts and dust of the quarry for fine, formal meals in a dining room. Their house featured new technologies of the day as well, such as electricity, the telephone, and indoor plumbing. George Martin died five years after the completion of his house, leaving his businesses to his daughters. The estate was eventually left to his youngest daughter Caroline, who deeded it to the city of Naperville as a museum and park in 1936. Pinecraig and its carriage house are the only buildings on Naper Settlement grounds that are currently standing in their original location.