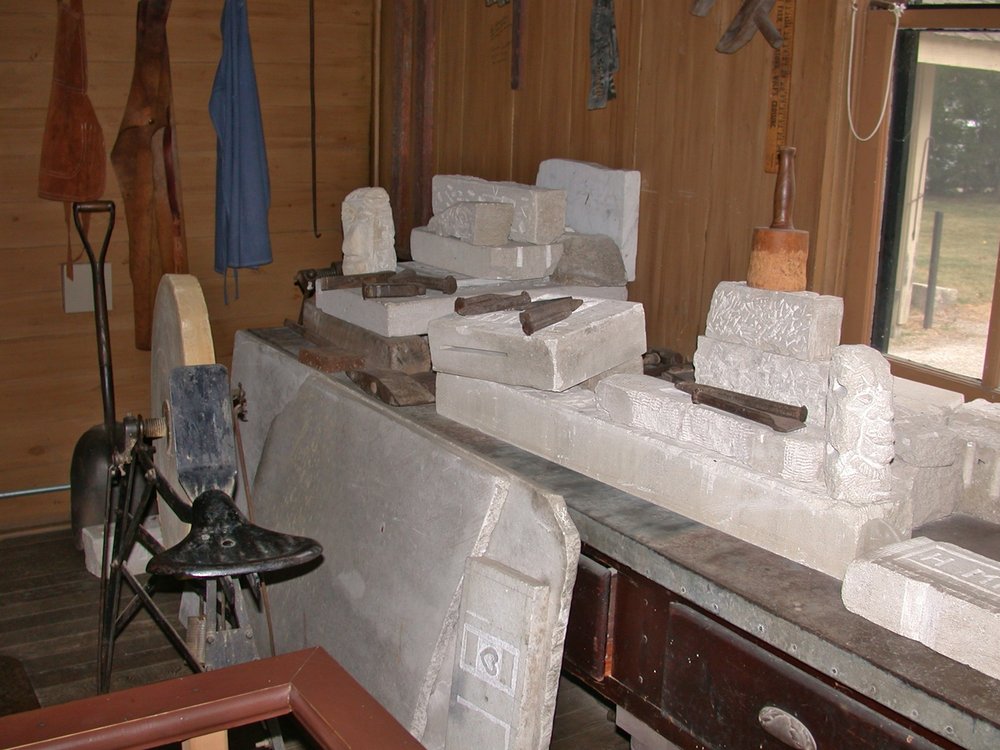 A walk through the Naperville Cemetery, located on the corner of Hillside Road and Washington Street, will reveal the beautiful and intricate artistry of local stone carvers who worked in shops like this one, opened by Henry Miller in 1884. Built on a bed of limestone, Naperville had no shortage of the material. Three limestone quarries produced thousands of tons of stone, supplying durable material for building construction and jobs for skilled craftsmen like Miller, who learned his trade in Germany before immigrating to America. Carvers worked freehand or used a pattern to create intricately carved headstones, monuments, fireplace mantels, cornerstones, and signs. Originally located on Main Street, the building became local favorite Andy’s Popcorn Stand before it was moved to Naper Settlement in 1969.