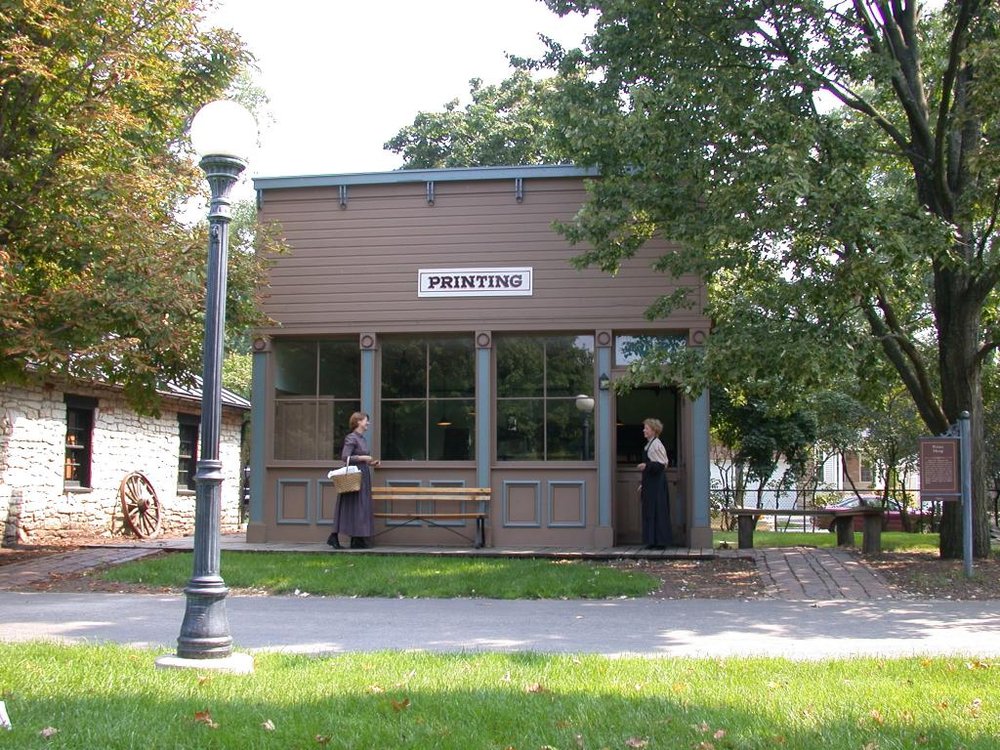 In 1849, the town was growing as Joe Naper had planned—churches and schools were springing up, business was booming, and settlers cultivated successful farms. As the town developed, Naperville residents sought to encourage the growing business and cultural interests by creating a local newspaper. They bought presses from the Chicago Journal, turned a shed into a print shop, and furnished it with inks, paper, and type; and searched for a publisher, eventually settling on C.J. Sellon. In December 1849, Sellon began publishing Naperville’s first paper, the DuPage County Recorder. Unfortunately, Sellon was a man who could easily be bought. Politicians paid him to turn the Recorder into a partisan paper called the Democratic Plaindealer, but after just a few issues, Sellon took the paper’s funds and left town. The DuPage County Recorder was only the first of several early Naperville papers to fail. During the 1850s and 1860s, a succession of local newspapers quickly folded until, in 1867, David Givler, a long-time resident of Naperville, purchased the DuPage County Press. Under his direction it became a reputable paper called the Naperville Clarion. David Givler published the Naperville Clarion from 1867 to 1905. Like many small-town publishers, Givler served as both editor, reporter, and master printer for his weekly paper., Upon his death, the paper passed to his son, Rollo N. Givler. The Naperville Clarion continued to publish local news until it was discontinued in the 1970s. This print shop was originally a garage, built in 1929, but was transformed into a print shop when it was moved to Naper Settlement in 1981.