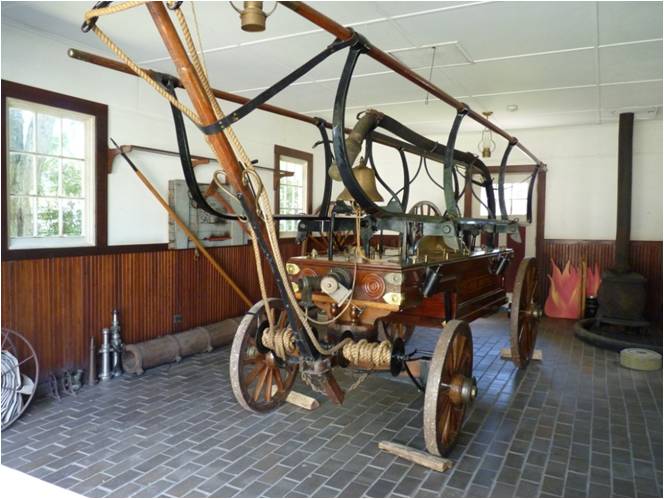 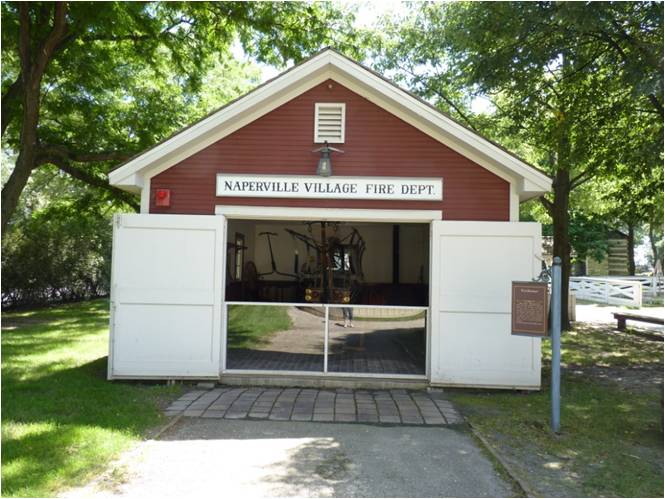 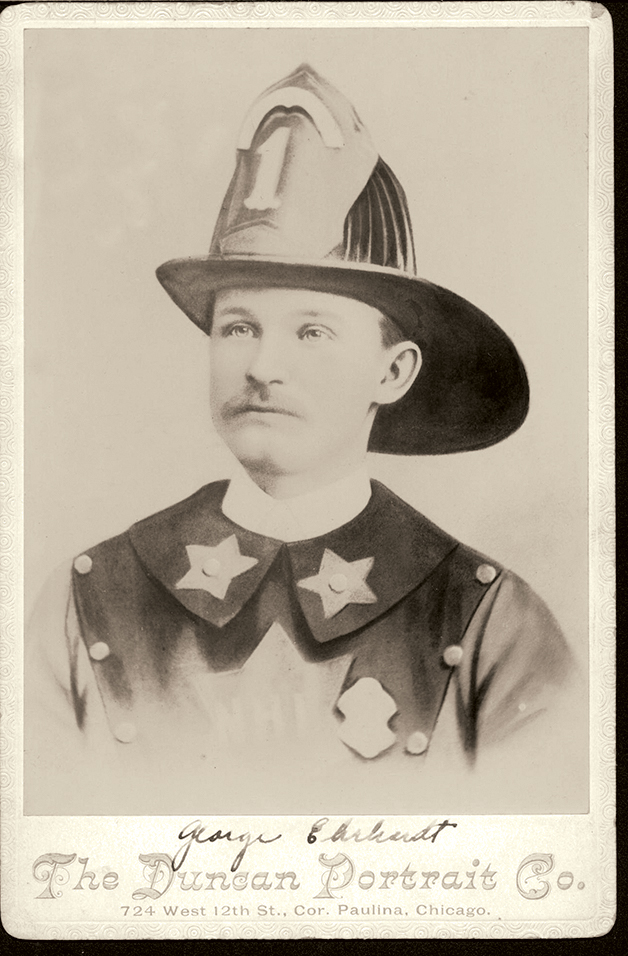 For the first few decades of its existence, Naperville fought fires by passing buckets hand-to-hand from a water source to the fire. It was not until Naperville residents could see the glow of flames from the Great Chicago Fire of 1871, just 28 miles away, that they decided to invest in a hand-pumper. They named the newly purchased pumper the “Little Joe Naper.” A Hook and Ladder Company, composed of a fire marshal and volunteers, was formed to operate the pumper. When the fire bell rang, the volunteers rushed to the firehouse, which was often just a shed or garage large enough to store the pumper. There, they harnessed the ropes on the side of the pumper to their shoulders and hauled it to the fire. The intake hose was hooked up to any nearby water source, perhaps a cistern, stream, or well. The outtake hose, pressurized from the hand pumping of the firemen, blasted out 250 gallons of water a minute—smothering flames with a force that no human chain of buckets passed hand-to-hand could match. The “Little Joe Naper” was used until 1916 and came to Naper Settlement in the 1970s.