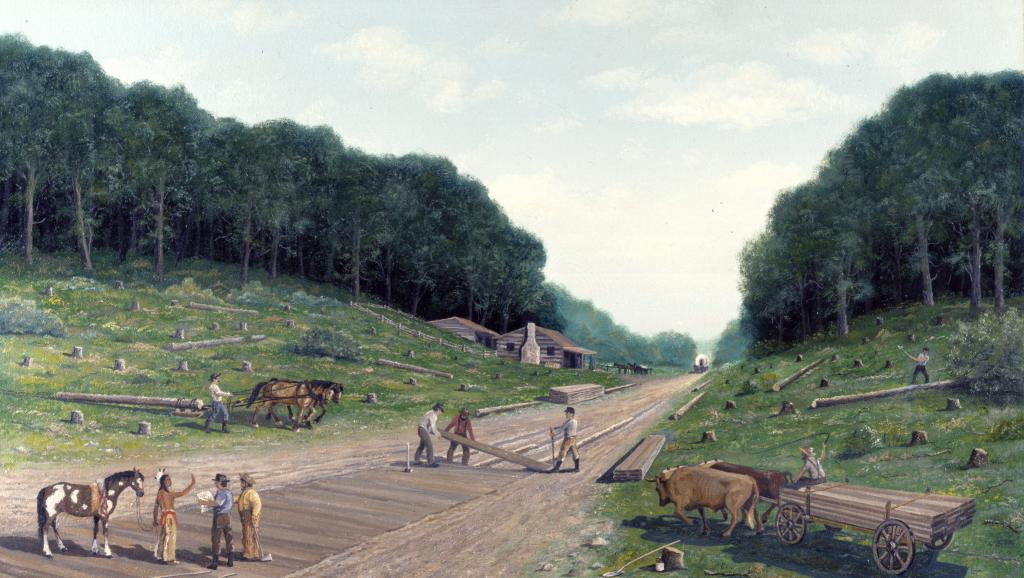 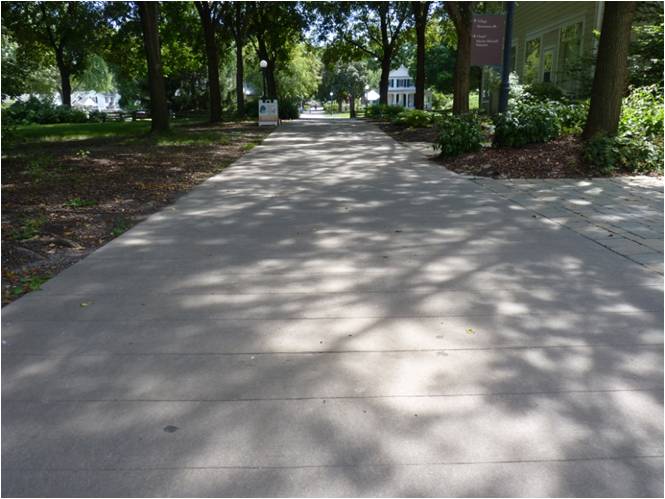 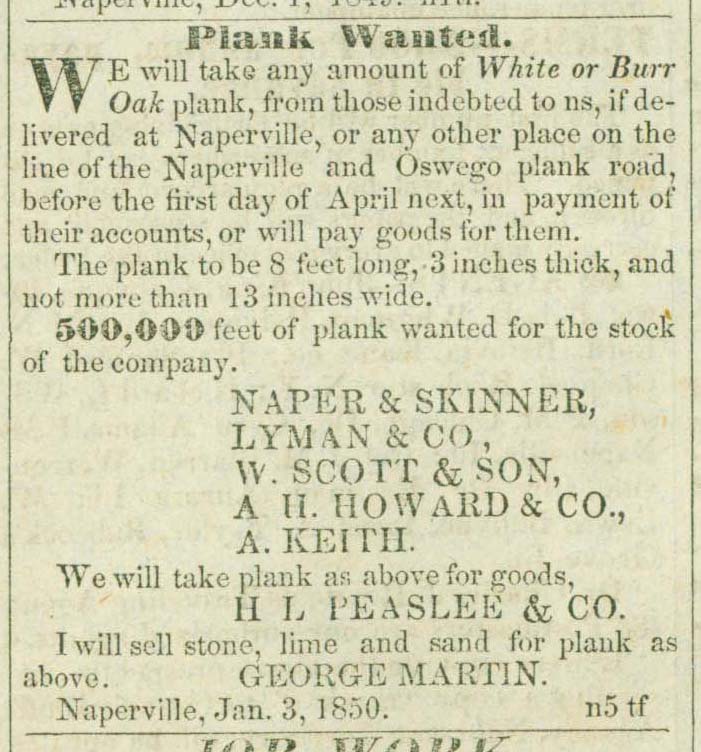 Hoping to encourage trade with nearby Chicago, several Naperville businessmen funded the construction of a plank road in 1851. During the 1850s, the plank road was a great success, turning Naperville into one of the busiest towns in Illinois. The plank road became known as the “farmer’s railroad” due to the bustling agricultural commerce conducted along the route. Farmers drove their livestock and carried grain along the plank road to markets in Chicago. The plank road proved to be so popular that the return to investors ran as high as 40%. Tolls were collected along the route, and Naperville had a tollgate located just outside of town. The cost of using the plank road depended on the mode of transportation. A single horse and rider cost 10 cents, a horse and buggy cost 25 cents, while a team-drawn wagon or carriage cost 37 ½ cents.

Although the plank road project was initially successful, the use of the plank road declined as railroads became increasingly popular for transportation of people and goods. As Naperville continued to lose business to the railroad towns, the plank road fell into disrepair. In 1864, when the Chicago, Burlington & Quincy Railroad proposed expanding to Naperville, the townspeople eagerly accepted. Supplies for the ongoing Civil War traveled by rail, and towns on the railroad were booming. Now connected by rail to Chicago and other American cities, Naperville once again became a bustling, vibrant town. Today, Ogden Avenue, which runs from the West Side of Chicago to Naperville, follows roughly the same path as the old plank road.