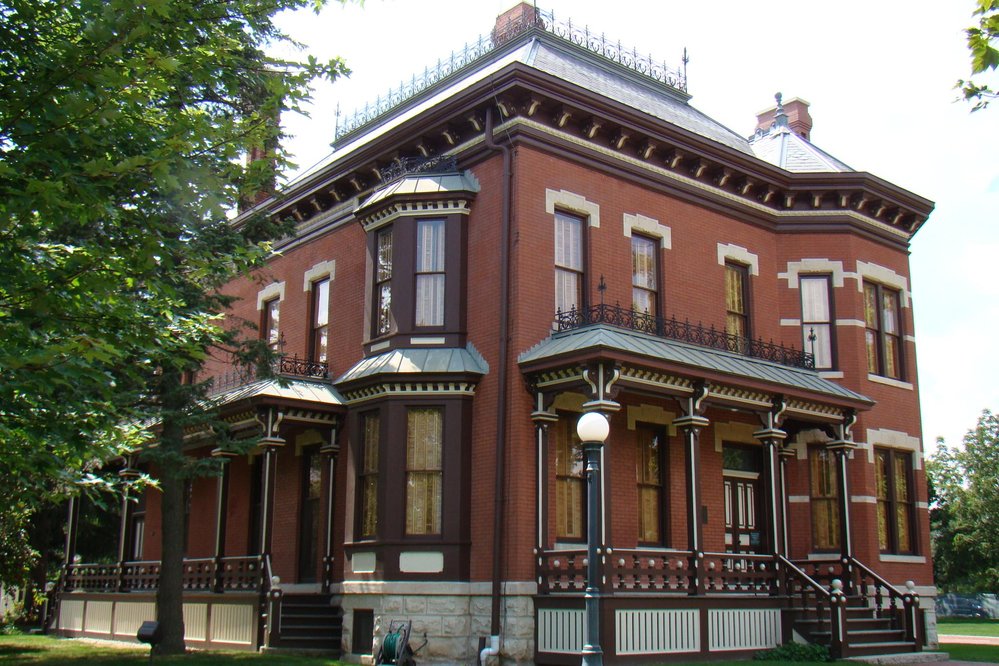 Both immigrants from Scotland, George Martin III and his wife Sibelia met in Naperville, married in the 1850s, and had four children together. Operating a limestone quarry business, Martin saw a boom following the Great Chicago Fire of 1871. Almost a decade after the business boom, George Martin began constructing his three-story brick house in 1883. The new house was situated on the rural edge of downtown Naperville. Surrounded by 212 acres, this new structure stood like a castle, overseeing farmland and Martin’s rock quarry pits, which had also furnished many of the foundations upon which the town’s buildings rest. Martin hired Joseph A. Mulvey from Aurora to design a house that celebrated his success as a businessman. Brick from Martin’s Brick and Tile Company, slate from Vermont for the roof shingles, and a stately porch with pillars combined to make a grand and eclectic Victorian house. In honor of their Scottish heritage, the Martins named their estate Pinecraig.

The Martins themselves represented a typical Victorian success story. While most Naperville residents still ate in the kitchen, Martin, his wife, and their three daughters could leave behind the dynamite blasts and dust of the quarry for fine, formal meals in a dining room. Their house featured new technologies of the day as well, such as electricity, the telephone, and indoor plumbing. George Martin died five years after the completion of his house, leaving his businesses to his daughters. The estate was eventually left to his youngest daughter Caroline, who deeded it to the city of Naperville as a museum and park in 1936.