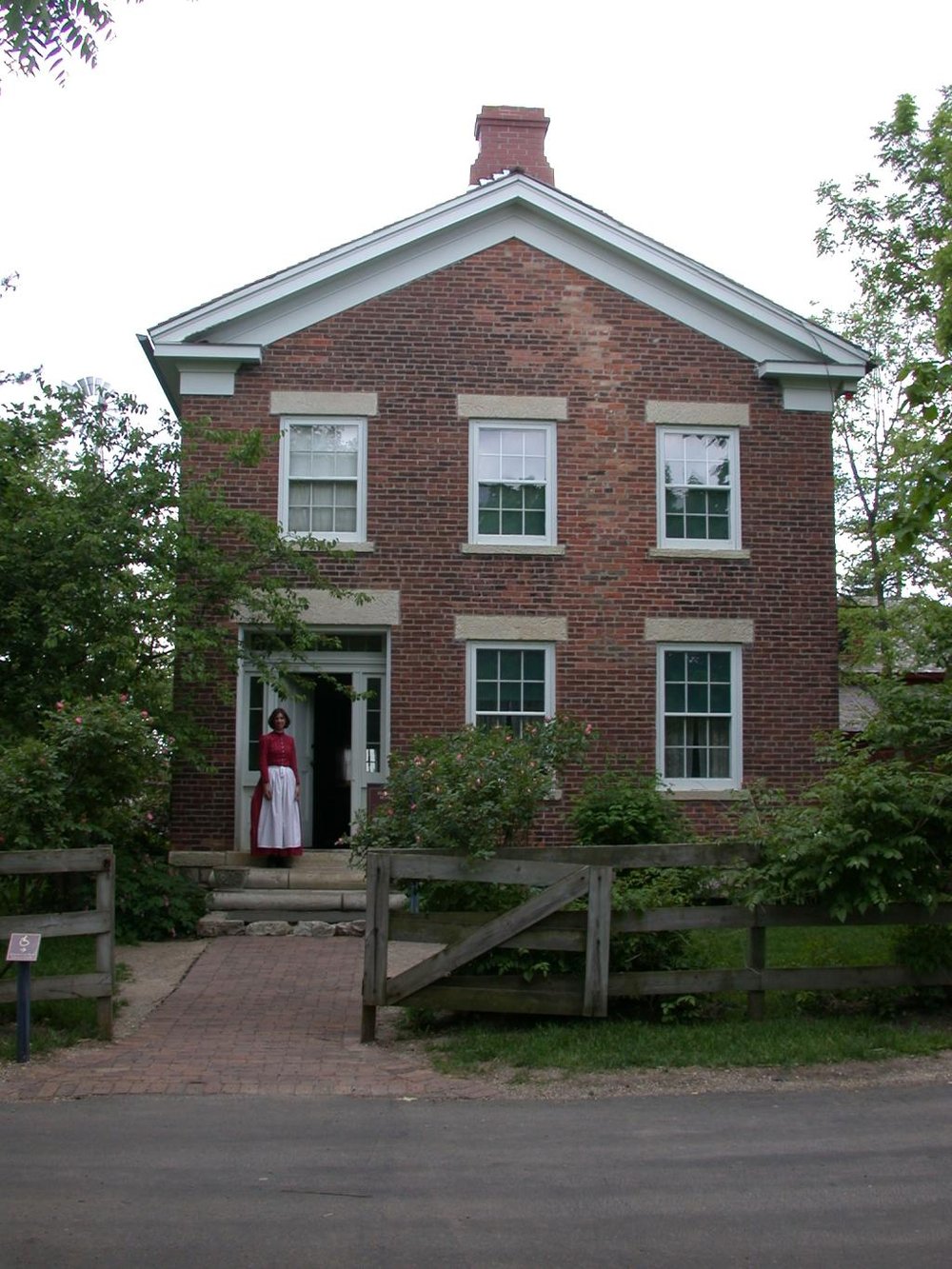 The Stanley family built this farmhouse in 1843. All the early settlers needed to grow their own food in order to survive. Without proper food preservation, the food they spent so much time and effort growing would be lost or even worse, make a person deathly ill. Most farms had a smokehouse—a masonry structure similar to the one you’ll find behind the Halfway House, where a fire could be built on the dirt floor and kept smoldering for up to two weeks. The smoke would slowly cook the meat and infuse it with flavor.

Also behind the Halfway House, there is a milk house. Milk houses were used to store milk before transportation to a creamery in the early 20th century. While this milk house was built adjacent to a barn, earlier milk houses were built on top of a creek or a river to keep milk cool. In the 1800s and early 1900s, Naperville was a dairy town, with cows outnumbering people for several decades.

The Halfway House also had a root cellar. Cellars, like the one you’ll find on the northwest side, were the ideal place to store the harvested food like fruits and vegetables, along with dairy products and preserved meat. The underground location provided insulation, keeping food cool in summer and preventing it from freezing in the winter.

Helena Zentmyer Wackerlin gave it the nickname "Halfway House," based on her childhood memory of the house as the halfway point of the two-hour carriage ride between her family's home in Naperville and her grandparents' home in Aurora. The Halfway House was moved to Naper Settlement in 1975 from its original location on Aurora Avenue, west of Route 59, near the Fox Valley mall.