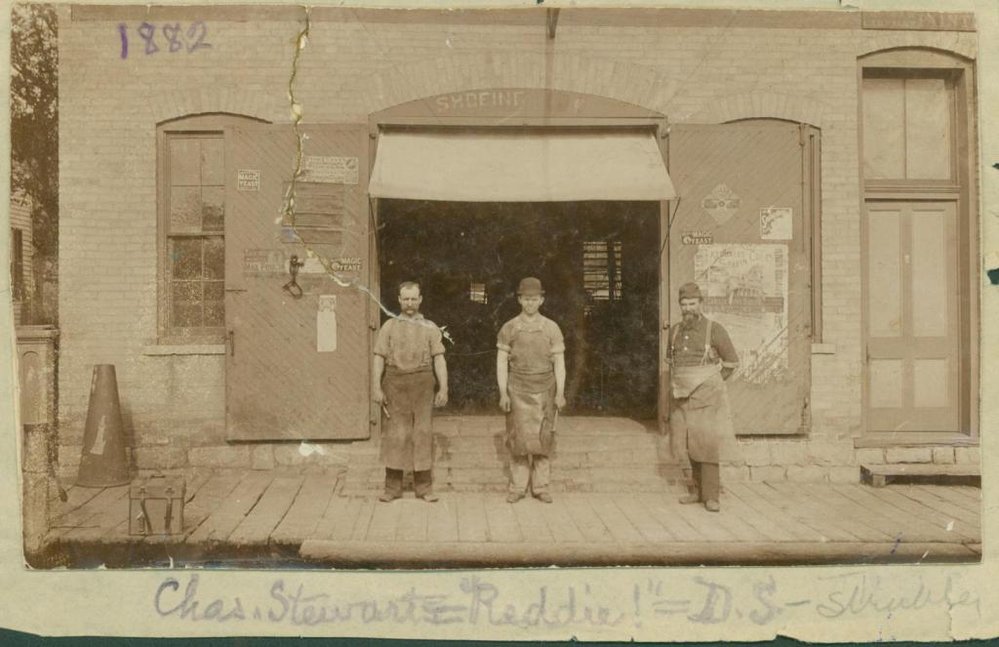 In the 1800s, no wagon train or growing town was without a blacksmith, and Naper’s Settlement was no exception. A blacksmith was the jack of all trades, the “father of craftsmen,” with the knowledge to forge iron, a black metal, to make hardware we take for granted today. It was in shops like this recreation where the blacksmith and farmer invented tools to speed up production, free up labor, assist in housework, and even help soldiers. Immigrants arriving from Europe could find work if they were smiths. In 1833, George Martin’s father sent a letter to his family back in Scotland, saying, “No person need come here if they cannot work—or bring work people with them…. Paid a Smith two dollars for putting four shoes on a horse…. Immigrants from east and Europe could find work if they knew how to smith.” It’s no coincidence that early steel plows, like those made at the Naperville Plow Works, were often the inventions of smiths. John Deere was himself a smith from Western Illinois. By the end of the nineteenth century, industry had advanced to the point that tools were being manufactured in factories and sold in hardware stores. However, this development did not mean the end of business for blacksmiths. Resourceful as ever, smiths became even more specialized, making mechanical repairs and continuing to shoe horses. The blacksmith shop here at Naper Settlement is a recreation of an 1880s Naperville shop owned by John Frederick Strohecker.