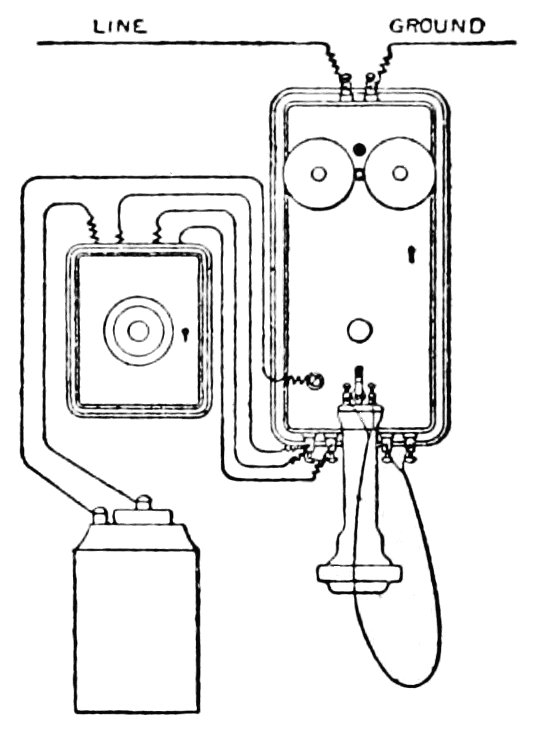 Built at a time of innovation and advancements in technology, Pinecraig showcases several of these features throughout the home. Between 1890 and 1920, Naperville residents began receiving services such as water, sewage, and electricity, many of which can be seen throughout Pinecraig.

Upon entering the mansion, guests would immediately see an electric-powered chandelier. While the lightbulb might look dim to our eyes, this was bright in comparison to a kerosene or candlelight lamp used in the 1800s. For the first time, people could have light shine down and illuminate what was beneath the light source. With this being such a new amenity, wall outlets were not yet invented. In order for a desk lamp to work, the lamp must be wired through a lightbulb socket on a lowered chandelier, much like the one you can see in the outer office.

Unlike most American households who added indoor plumbing to their homes in the 1920s and 1930s, the Martins had this in their home from day one. Using their own wells and cisterns, the Martins could bring water into the house. A boiler and wood burning stove could heat up water for various uses; however, water temperatures would range between lukewarm and cold.

In the first few decades of its history, the Martins heated Pinecraig using coal burning fireplaces in six rooms as well as portable stoves. As time went on, the family was able to put in radiators throughout to better heat their home. First invented in 1855 by Franz San Galli of Russia, radiators heat up water, which creates steam in the radiator. This heats up the metal which heats the surrounding area via radiation and convection.

While Pinecraig features many new music and entertainment technologies of the time, one that truly stands above the rest can be found underneath the staircase, the telephone. The first telephone company came to Naperville between 1883-1885 as the telephone’s popularity exploded. The Martin family was one of the first local families to have a telephone for business reasons. They shared their line with five other telephones in town. Early telephones used party lines, which meant you could not make a call if someone on the line was already on the phone, people in different locations could listen in, and each phone had a personalized ringtone.