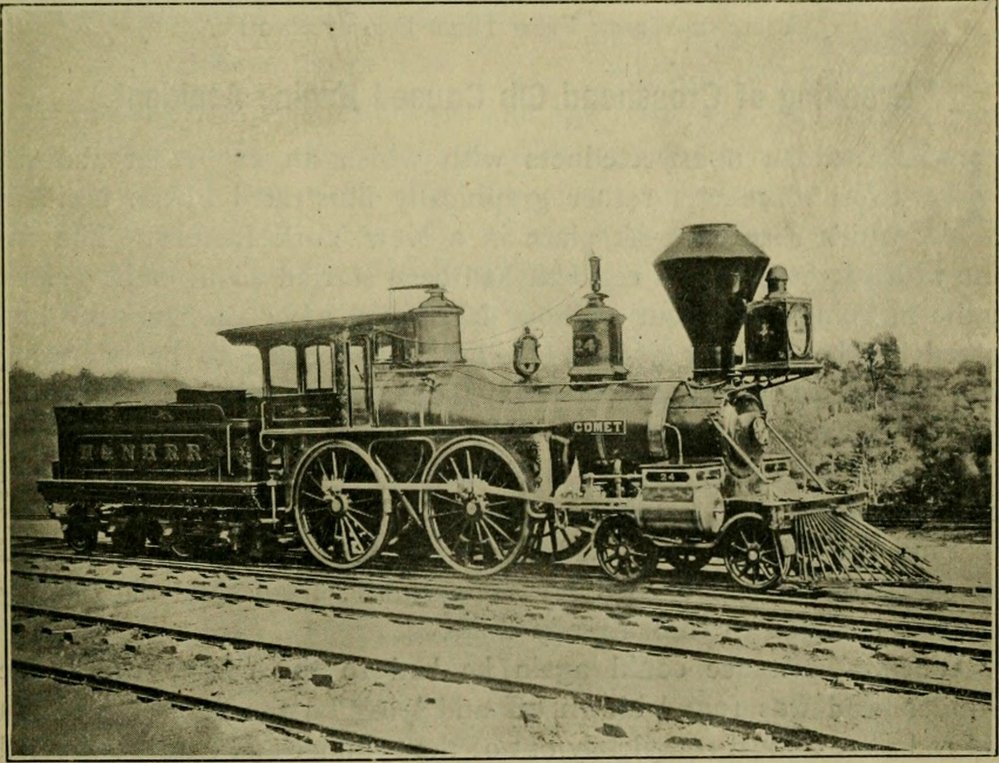 In 1864, the Chicago, Burlington & Quincy Railroad extended the railroad to Naperville. Trains enabled both goods and passengers to quickly travel from place to place. Farmers, like those in Naperville, transported their crops to railroad hubs like Chicago, expanding markets for their produce. The first steam locomotives were invented in England in 1797, but it was not until the 1830s that railroads began to be built in the United States. The Chicago, Burlington, and Quincy Railroad got its start as the Aurora Branch Railroad Company, which received a state charter in 1848 for 30 miles of rail line from Aurora to Turner Junction (now West Chicago), completed in 1853.

In order to produce the steam, a worker called a fireman maintained a coal-burning fire in the train’s firebox. The firebox was surrounded by water. The gases produced by the fire would enter a series of pipes running through this water compartment, heating the water to over 350 degrees and transforming it into steam. This heavily pressurized steam expanded on either side of a piston, pushing it back and forth. This back and forth motion was converted into rotational movement through a series of rods and bearings, turning the wheels of the train. The steam then exited the locomotive through a chimney at the front of the train. While fireman made sure the firebox and water compartment remained full, an engineer drove the train using levers and valves, guiding it around curves and applying the brakes.