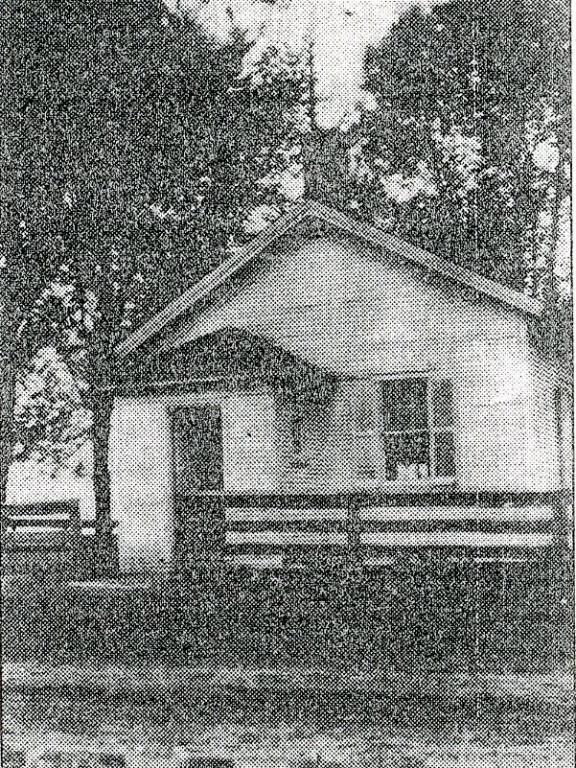 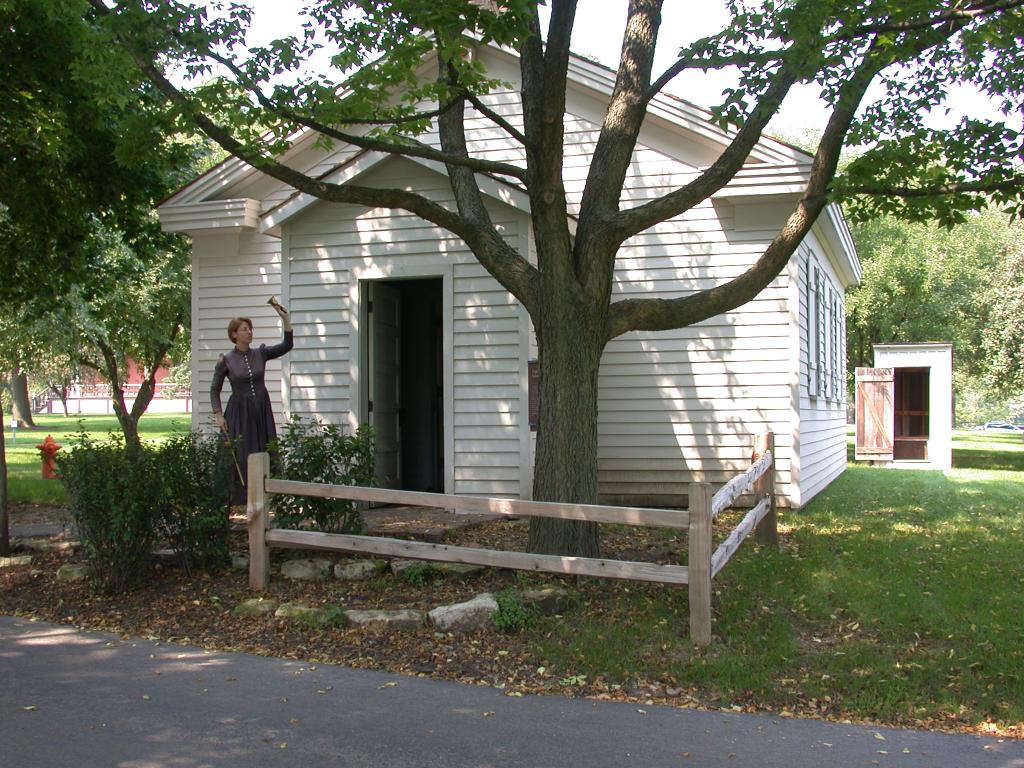 By the 1840s, a community called Copenhagen Corners had developed south of Naper’s Settlement. To serve the growing community, townspeople built a clapboard schoolhouse. The one-room schoolhouse at Naper Settlement is a reconstruction of the Copenhagen Corners clapboard schoolhouse, originally located on what would become the intersection of Route 59 and 83rd Street. Since the builders were local farmers who knew very little about constructing anything grander than a simple wood frame structure, they relied on other schoolhouses in the area as architectural inspiration. This schoolhouse is made of lumber, but in areas of the Midwest where trees were scarce, sod was often used to build schools and homes. Some of the original materials were salvaged—you can even still see the graffiti carved into the siding in a few places.

Lester Peet, the first schoolmaster in Naperville, was paid twelve dollars a month. The Copenhagen School was a subscription school, meaning each subscriber agreed to “pay his proportionable part of the teacher’s wages, according to the number of scholars that he subscribes for or send.” Copenhagen School’s enrollment varied, ranging from as many as 22 pupils and to as few as four. First grade through eighth grade students were taught at the same time in this one-room schoolhouse and learned reading, writing, arithmetic, geography, history, civil government, and science, among other subjects. Like other rural schools in Naperville, the academic calendar of Copenhagen School revolved around planting and harvesting times when children were needed at home to help with farm work. For many students, this was the only education they would receive. Today, Naperville students attend over 30 schools in two different school districts.