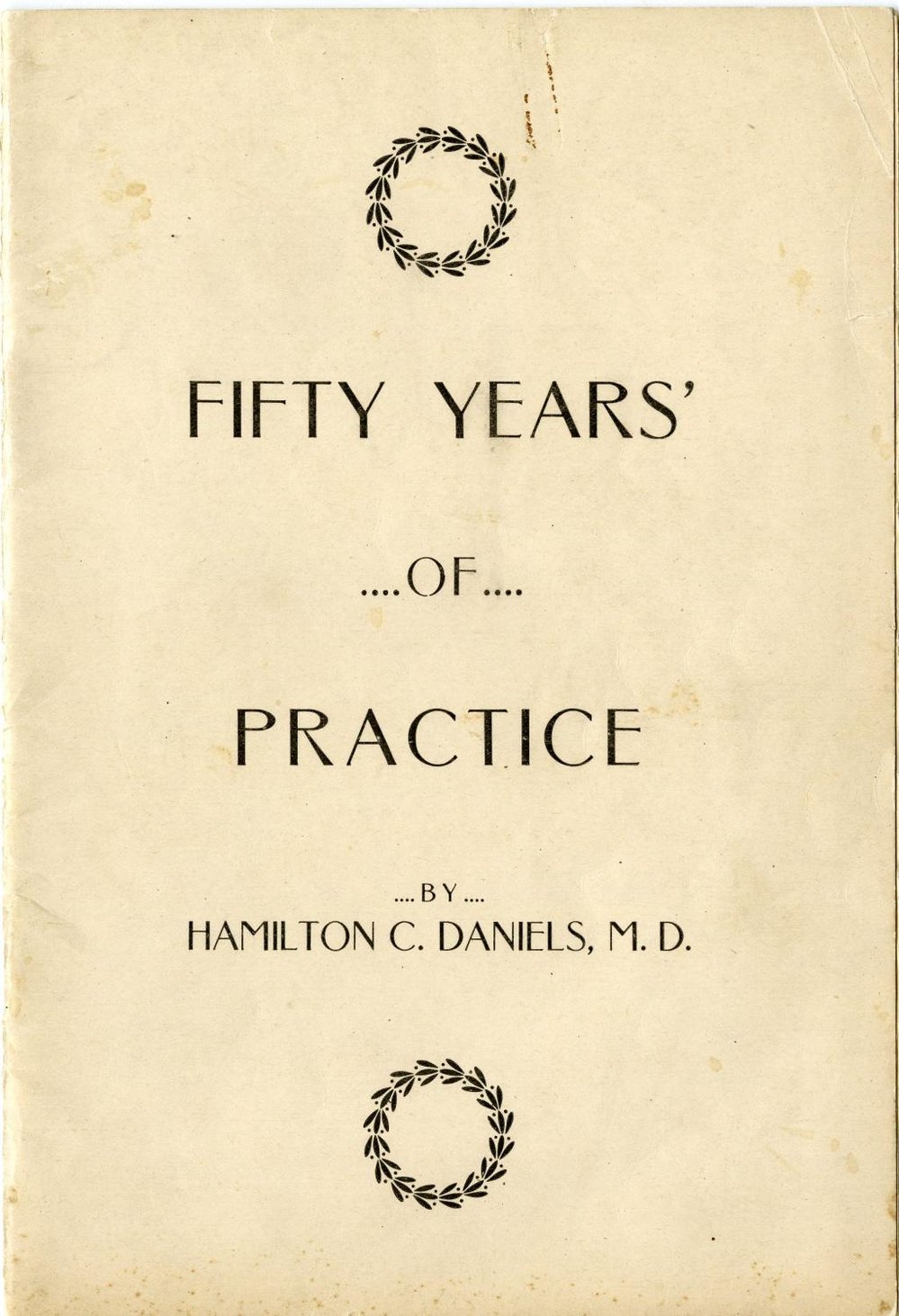 Hamilton Daniels grew up in Naper’s Settlement and built his white-pillared house across the river on Washington Street in 1852, a few years before he attended Rush Medical College in Chicago. For 40 years, Dr. Daniels worked as a family practitioner, bringing babies into the world and treating their ailments, along with those of their elders, with his special line of patent medicines. At the time Dr. Daniels practiced, the approach thought to be most scientific promoted bloodletting, purging, vomiting, and blistering. For obvious reasons, this approach was not popular with patients. Another option was surgery, but prior to the Civil War, whiskey was the leading anesthetic, and infection seemed inevitable; this method was also unpopular. After his death, Dr. Daniels' sons published a catalogue of his medicines, legitimizing the scientific basis of the prescriptions, at a time when medical practitioners were scrutinizing patent medicines in favor of regulated treatments. In the catalog preface, they wrote, “It is a recognized fact that in well-defined ailments, the remedies prescribed by practitioners of the same school of medicine are practically alike, repeated tests having proven their potency, making them specific remedies and the healing art a positive science.” In 1974, Dr. Daniels’ House arrived here at Naper Settlement.