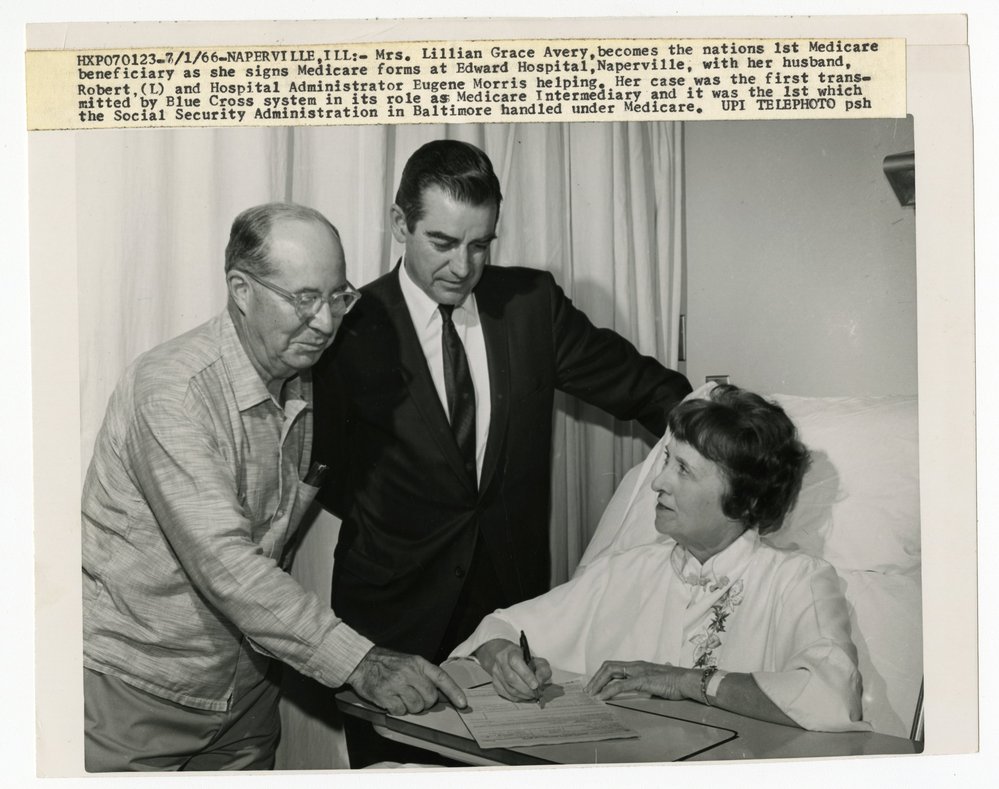 Eudora Hull Gaylord Spalding purchased approximately 40 acres of farmland in Naperville to be a tuberculosis sanitorium. Opening as the Edward Gaylord Memorial Sanitorium in 1907, it was one of the first tuberculosis sanitoriums in the Midwest and would become a model for other similar institutions. Eudora Spalding had not only financed the land purchase, but she also assisted with the site selection, plan for the administration building, and design of the outdoor sleeping quarters. Dr. Theodore Sachs, physician at Chicago Tuberculosis Institute and Edward Sanitorium, concluded that “she created a magnificent plant” that could easily grow to fit needs.

Better treatment and preventive care helped end the tuberculosis epidemic in places like Chicago. Edward Sanitorium adjusted by becoming Edward Hospital, an acute care facility with 45 beds, in 1955. Lillian Grace Avery made history at the hospital becoming the first Medicare beneficiary in 1966.

Today, Edward-Elmhurst Health, a 721-bed system with nearly 7,700 employees, is led by CEO Mary Lou Mastro. Watson Health named Edward-Elmhurst Health one of the nation’s top 15 health systems in 2020. Edward and Elmhurst Hospital also ranked among the top 100 hospitals in the country. From a tuberculosis sanitorium to a nationally respected hospital system, Edward has benefitted from generations of female vision and leadership.