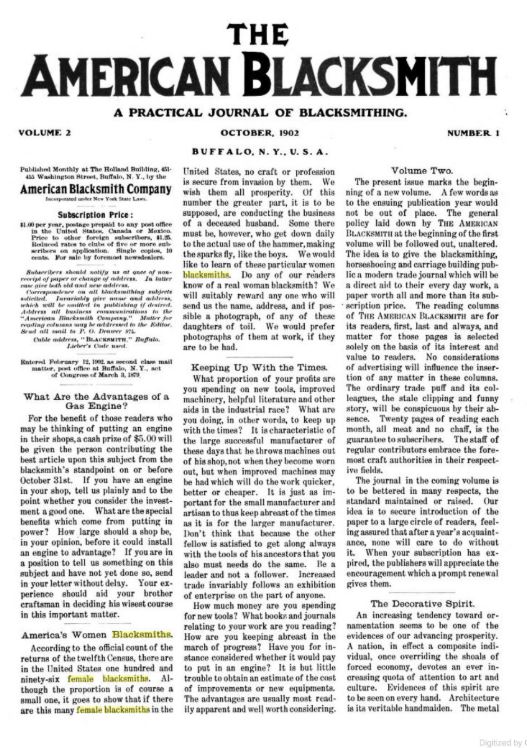 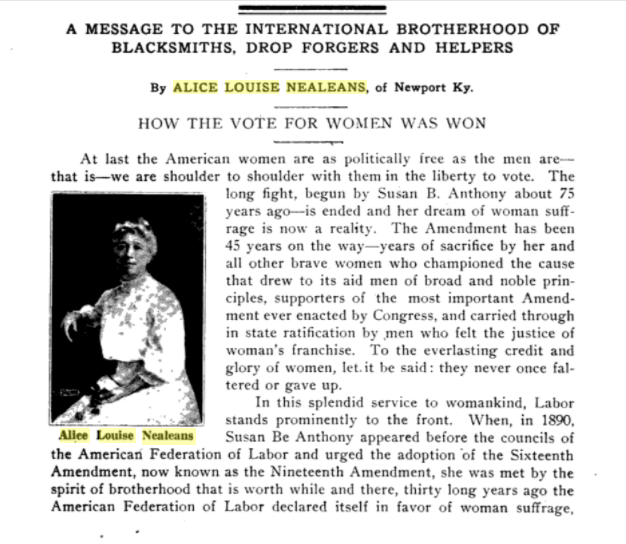 The common image of a blacksmith is a man swinging his hammer to shape yellow-orange metal into useful forms. Yet we have evidence of female blacksmiths going back eight centuries. As early as the 14th century guilds invited blacksmiths’ widows to continue the trade in family shops in place of their husbands’. In America, female blacksmiths were an anomaly. Fathers with no sons might teach their daughters to keep the family business going, but for most women, blacksmithing was not an option and few would choose it over more stable and socially acceptable roles as wives and mothers. Thousands of women today make their mark in metalworking. There are more of them than ever before even if they are still few compared to men.