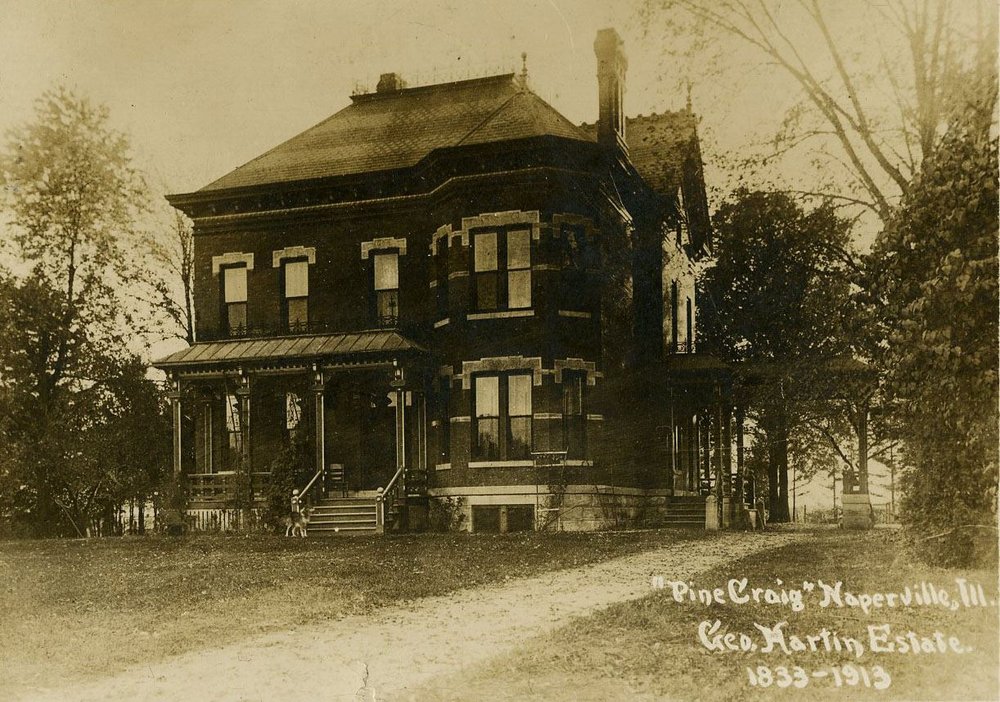 “I arrived in Chicago on the first of July…. I then… took the stage for Naper’s Settlement. They have the finest of building stone in inestimable quantities when cut and polished they look like marble... There is so much building going on everywhere that it is impossible to get material,” wrote Morris Sleight to his wife in 1836. Like Sleight, George Martin and his family must have seen the demand for one of the region’s greatest natural resources, limestone. After his father died when he was fifteen, Martin not only tended to the family farm, but also expanded his family’s land to include a quarry on the DuPage River. In the 1850s, Martin had developed a commercial quarry that was advertising lime and building stone in the local paper. Following the Chicago Fire in 1871, stone and gravel were at a premium.

By 1872 Martin, along with partner Ernst von Oven, had developed another business, the Naperville Tile and Brick Works. The timing was perfect. Demand for stone and brick was rising with the building boom in Chicago, Naperville, and surrounding towns. Masonry buildings were climbing higher and higher as the modern age approached—much of it founded on the limestone, brick, sand, and gravel of Martin’s enterprises.