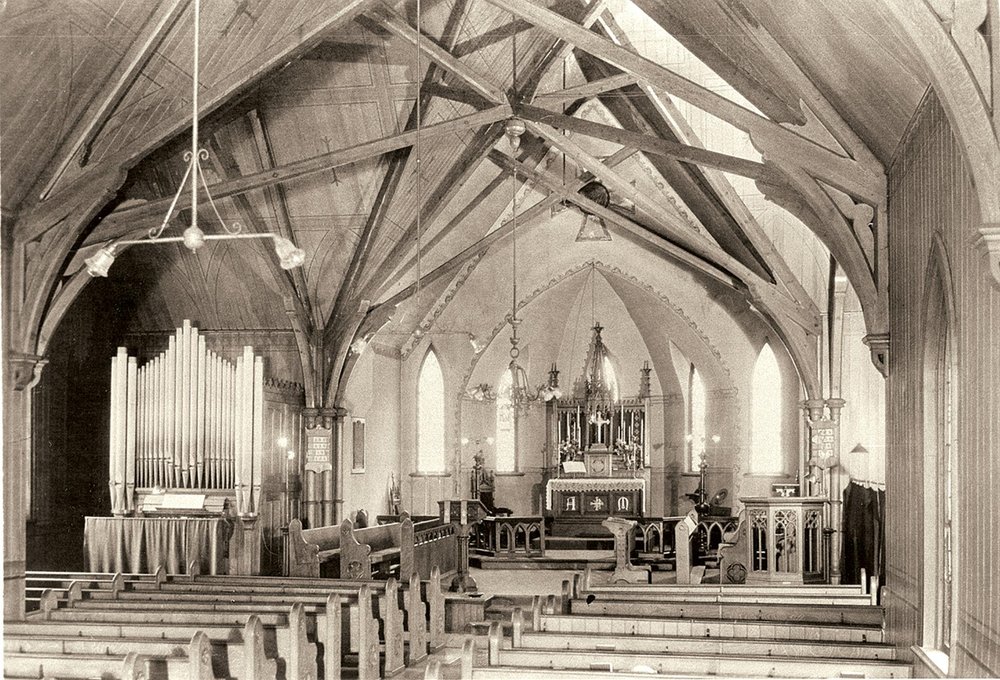 Although the cannon blasts and gunshots of Civil War battles were not heard in Naperville, the war weighed heavy on the hearts of its citizens when this church was built on the corner of Ellsworth and Jefferson in 1864. 365 young men from Naperville volunteered during the war; some of those young men did not live to see home again. During difficult periods such as the Civil War, local churches served to renew faith when Naperville residents were consumed with fear. However, along with devastation, the war also brought prosperity to agricultural towns like Naperville. Demand for grain and livestock was high. Business was good—so good that the congregation of St. John’s Episcopal Church could finally afford to build their own church, rather than making do with space borrowed from neighboring churches as they had for the previous 25 years. Consecrated in 1865, only days after the assassination of Abraham Lincoln, the Chapel served as a place of worship and community for the congregation of St. John’s for over one hundred years. The Century Memorial Chapel continues to be a cherished gathering place for residents with dozens of couples choosing to hold their wedding in the Chapel each year.