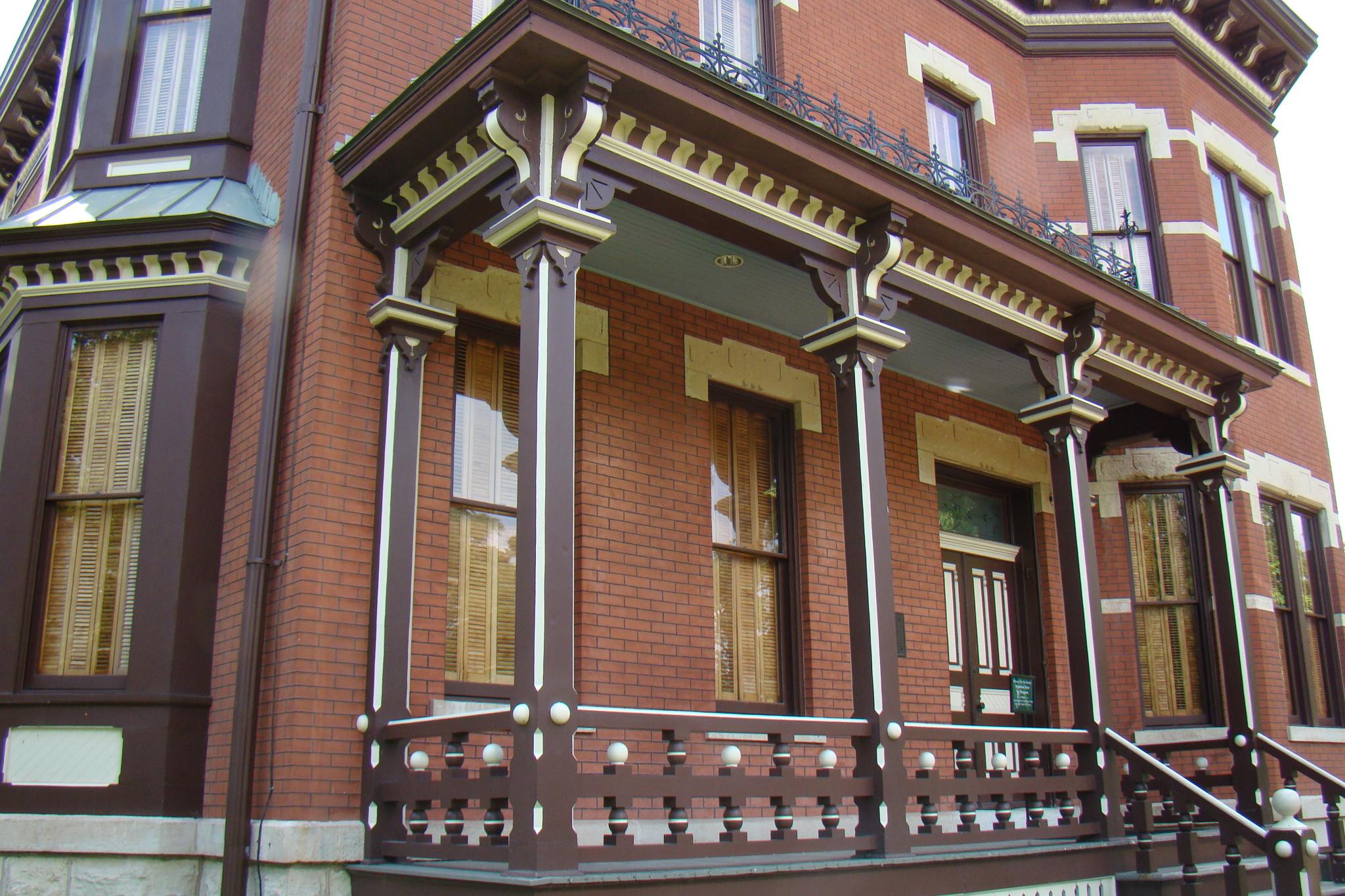 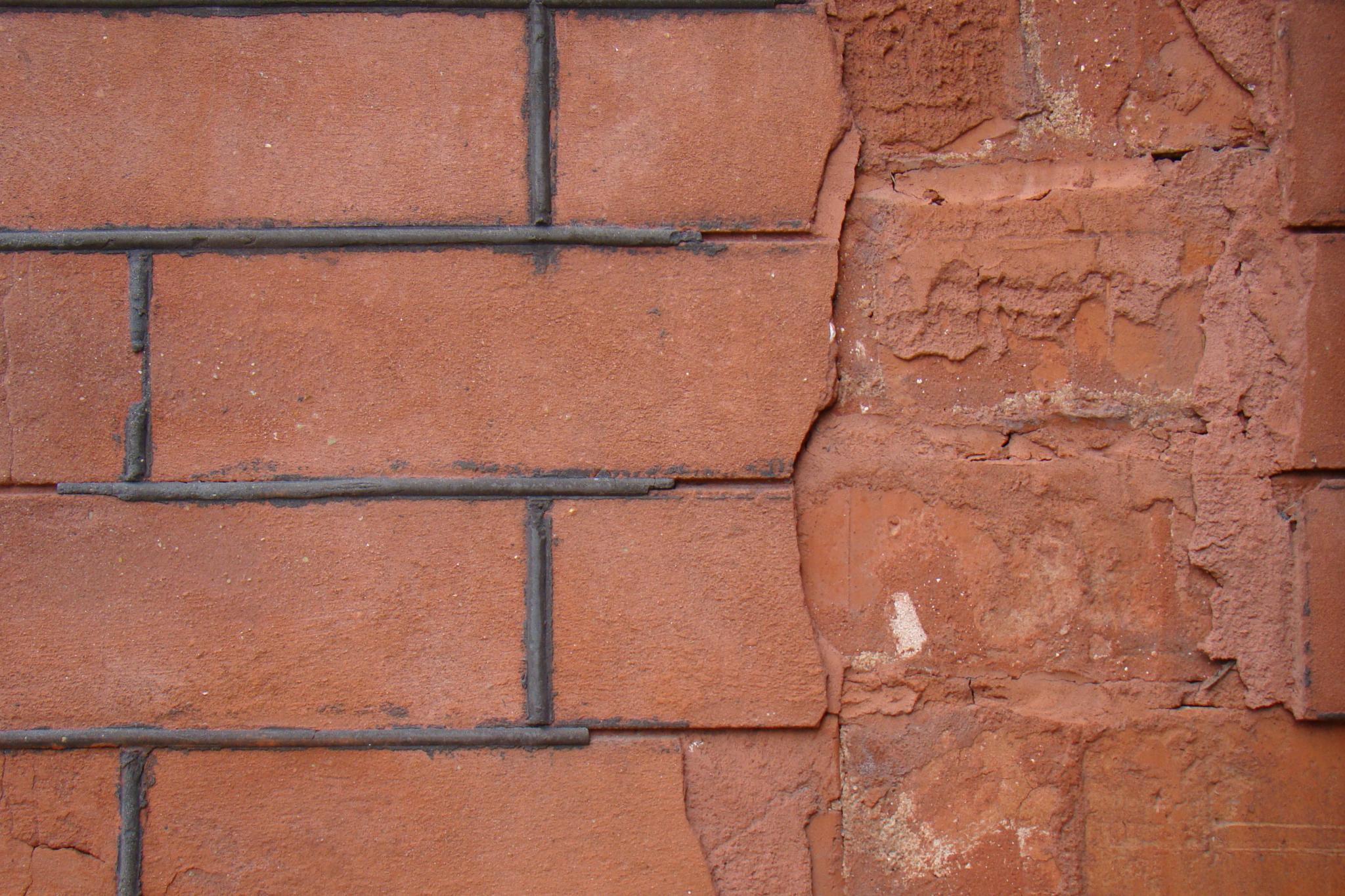 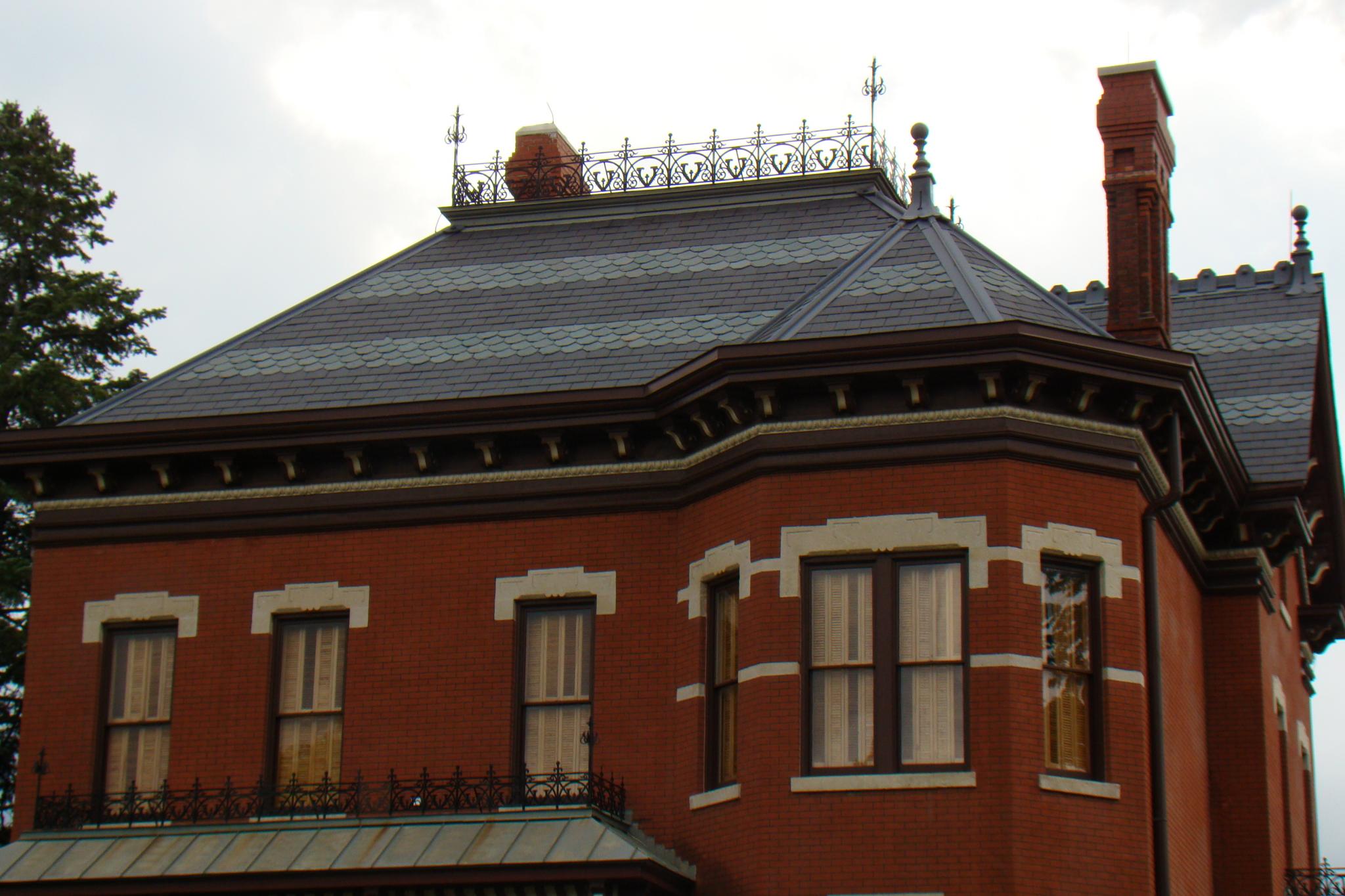 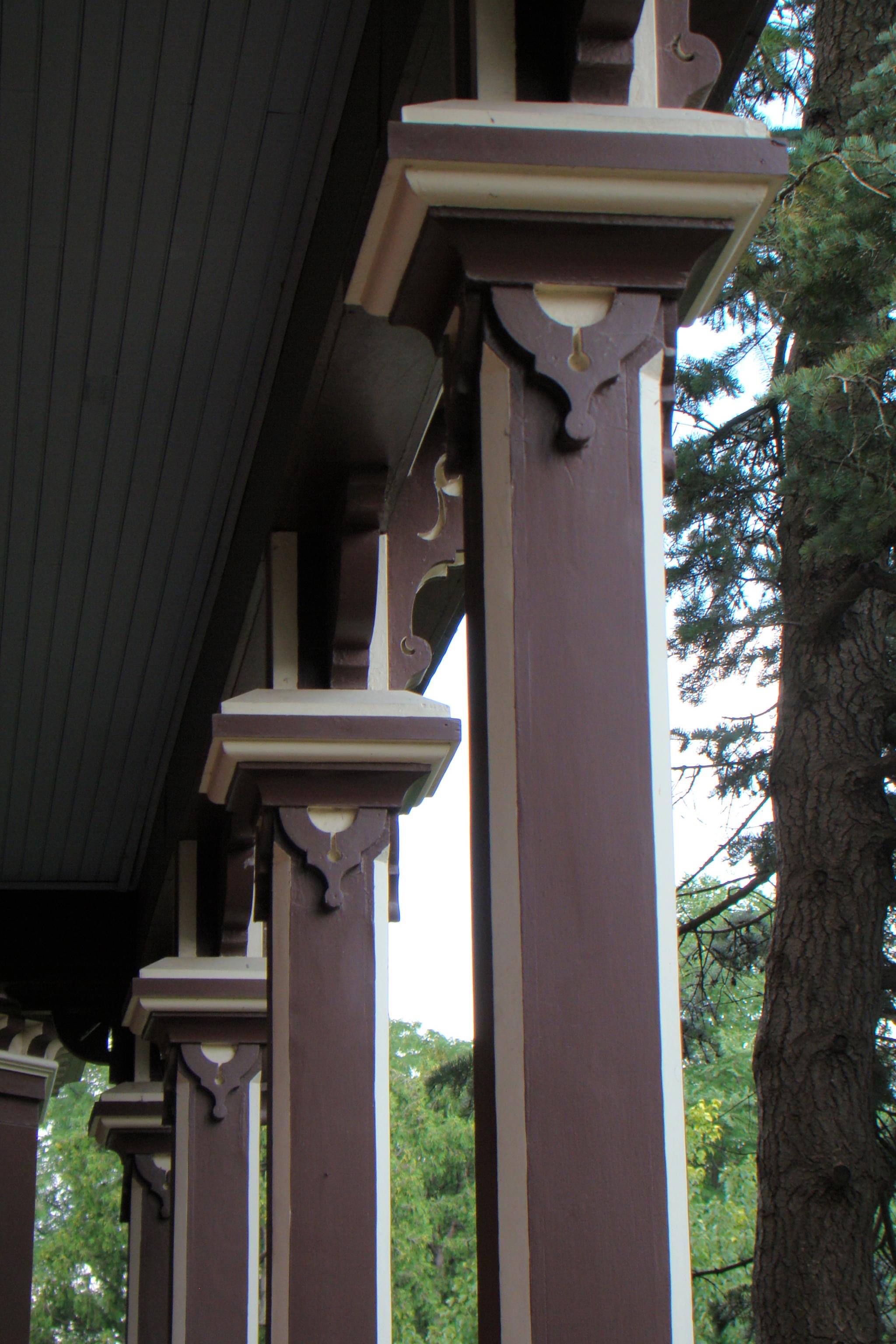 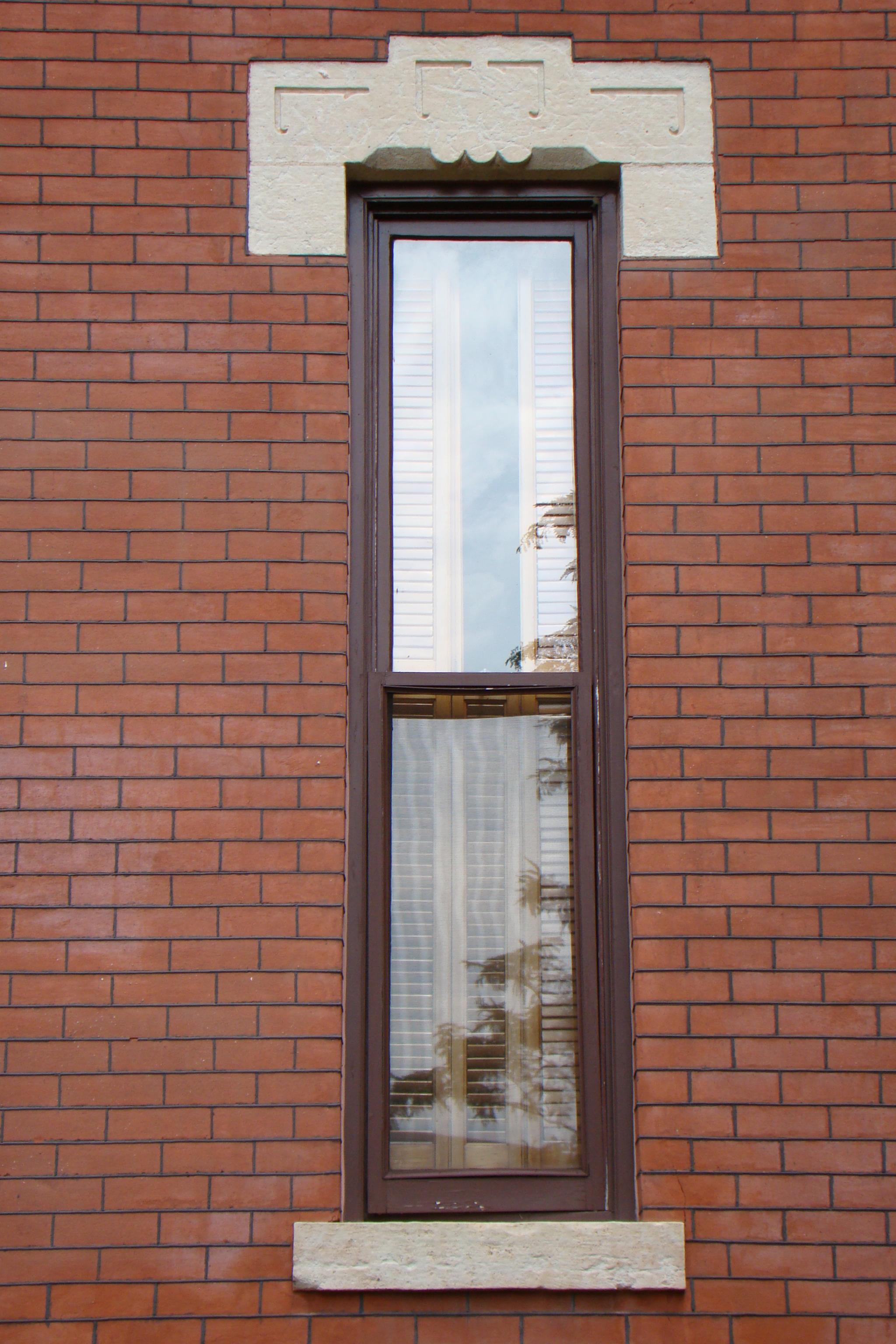 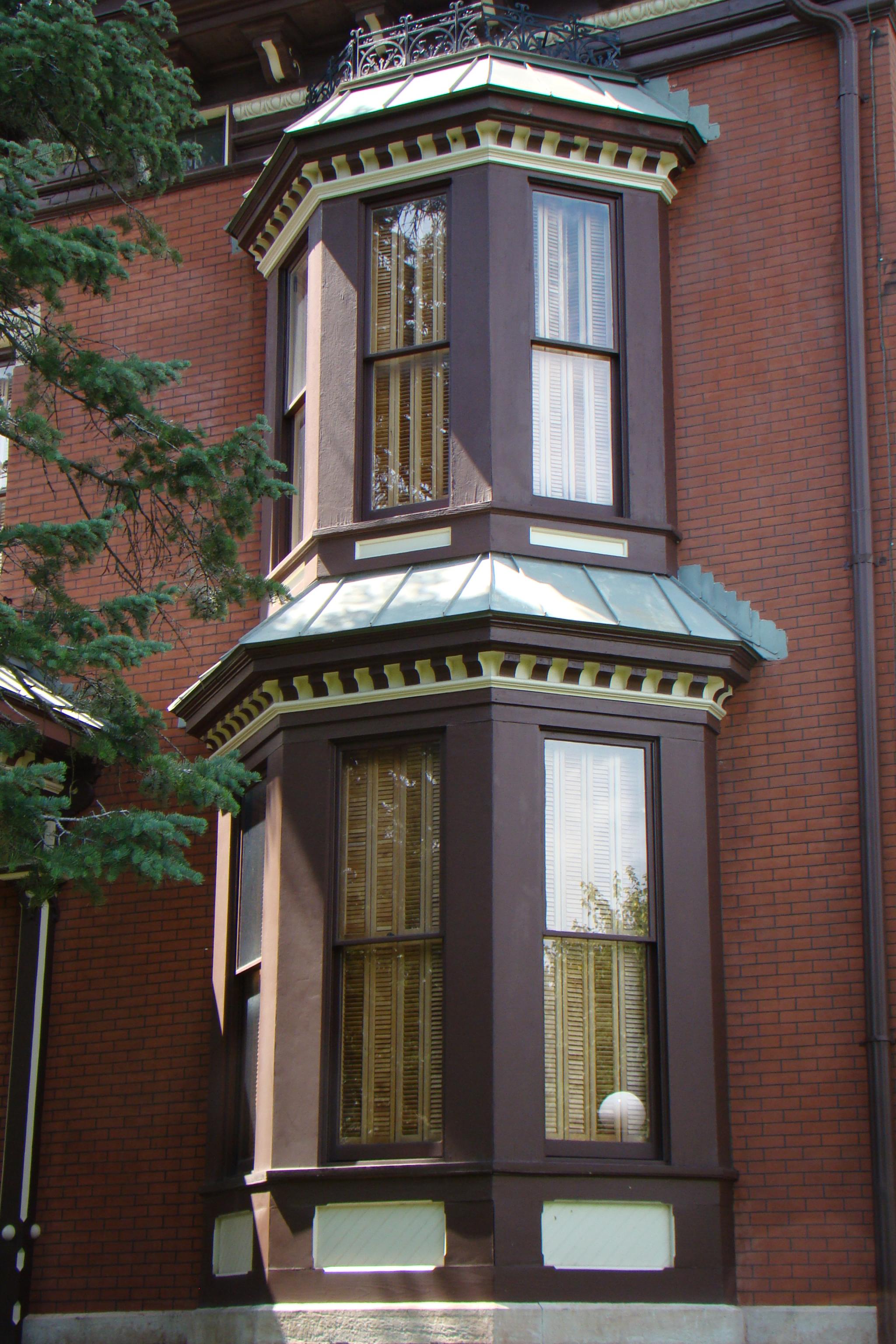 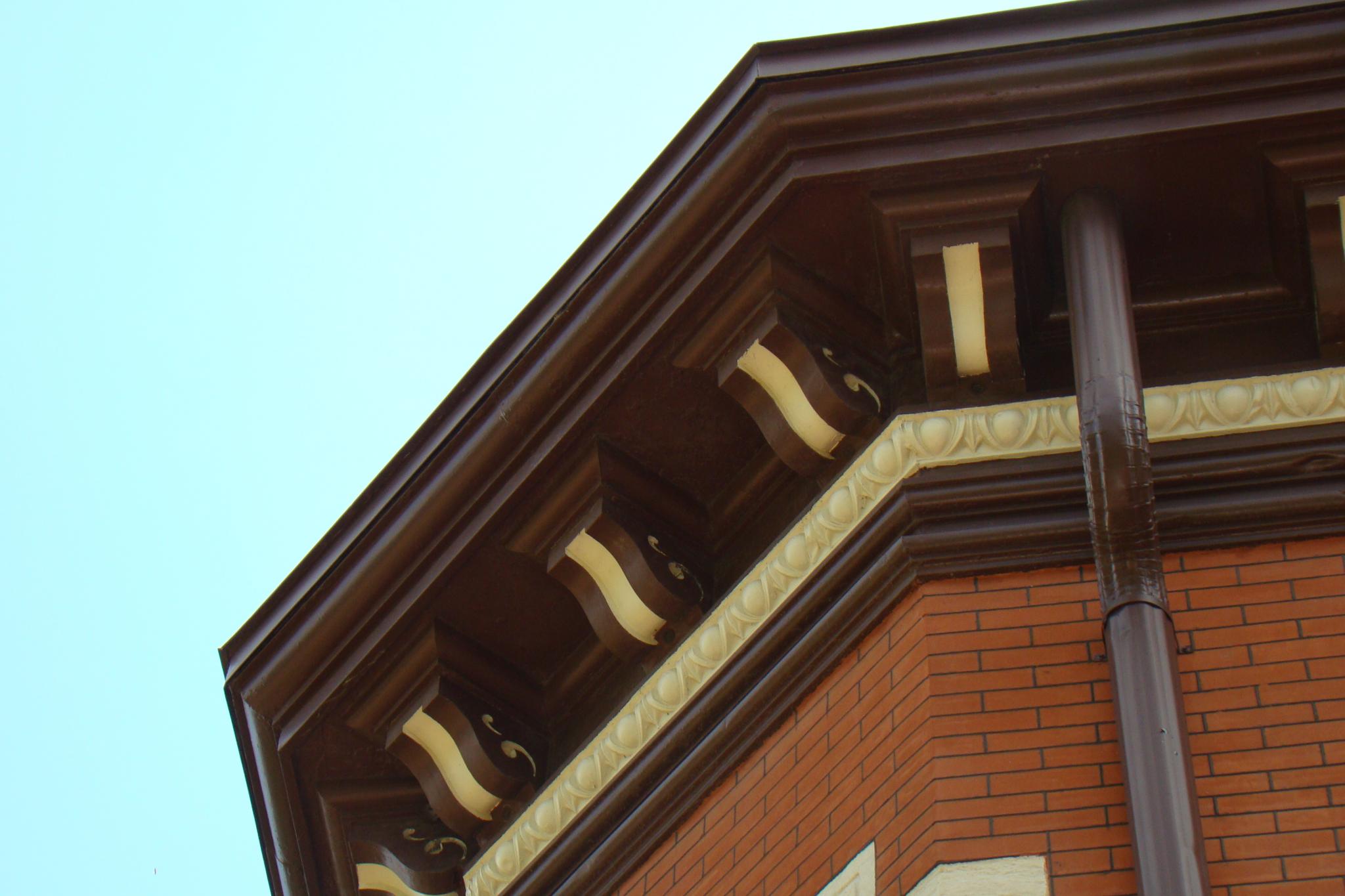 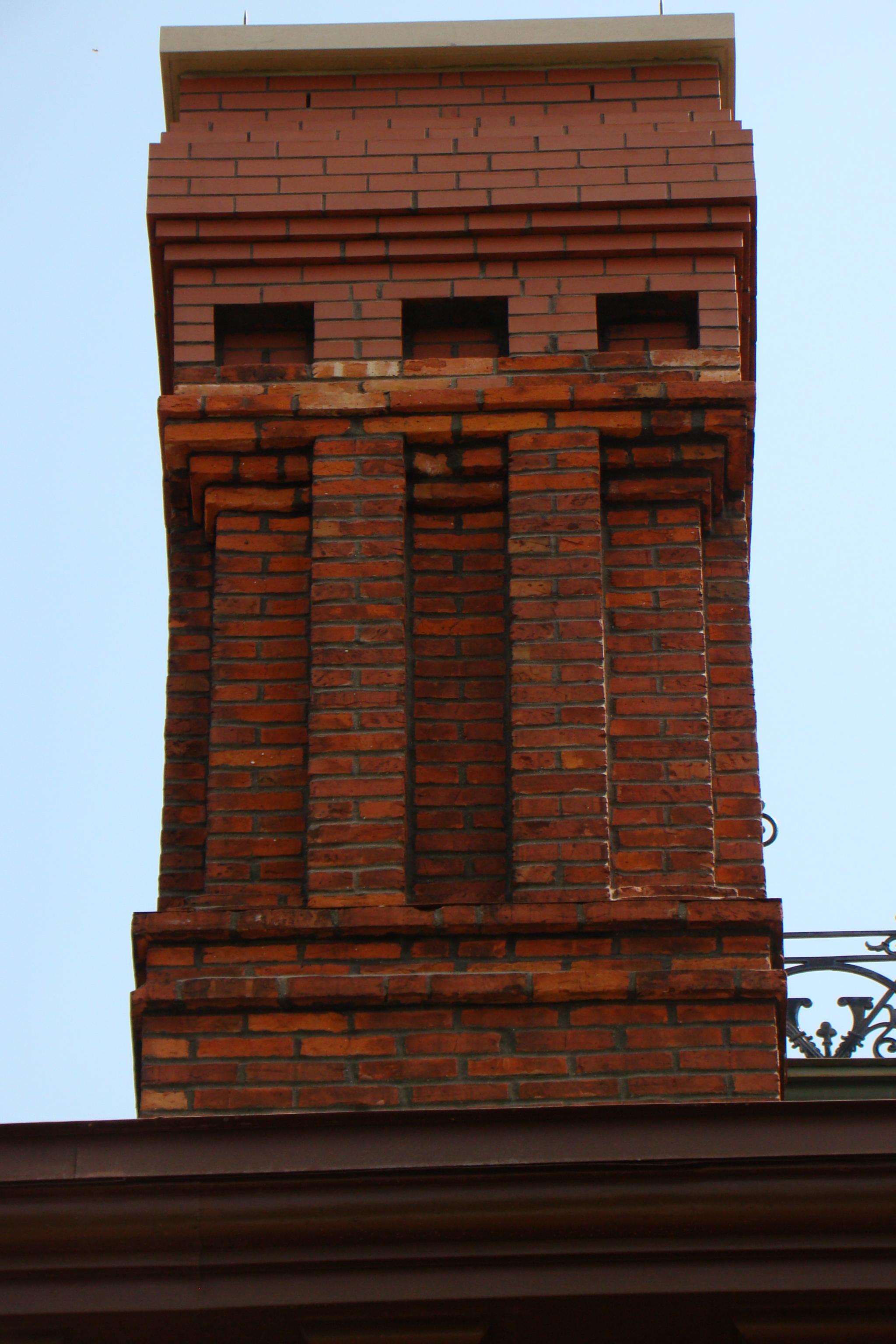 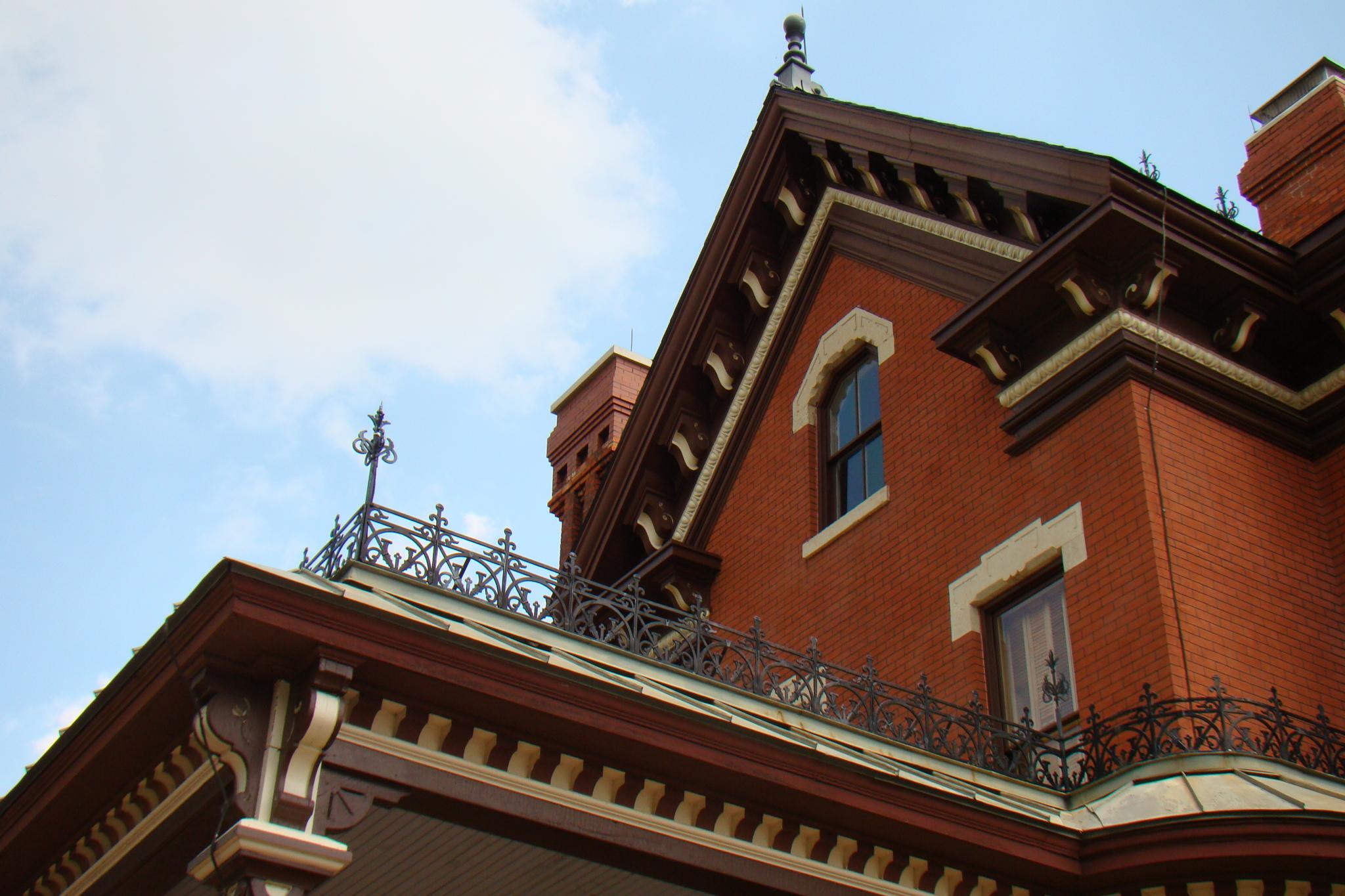 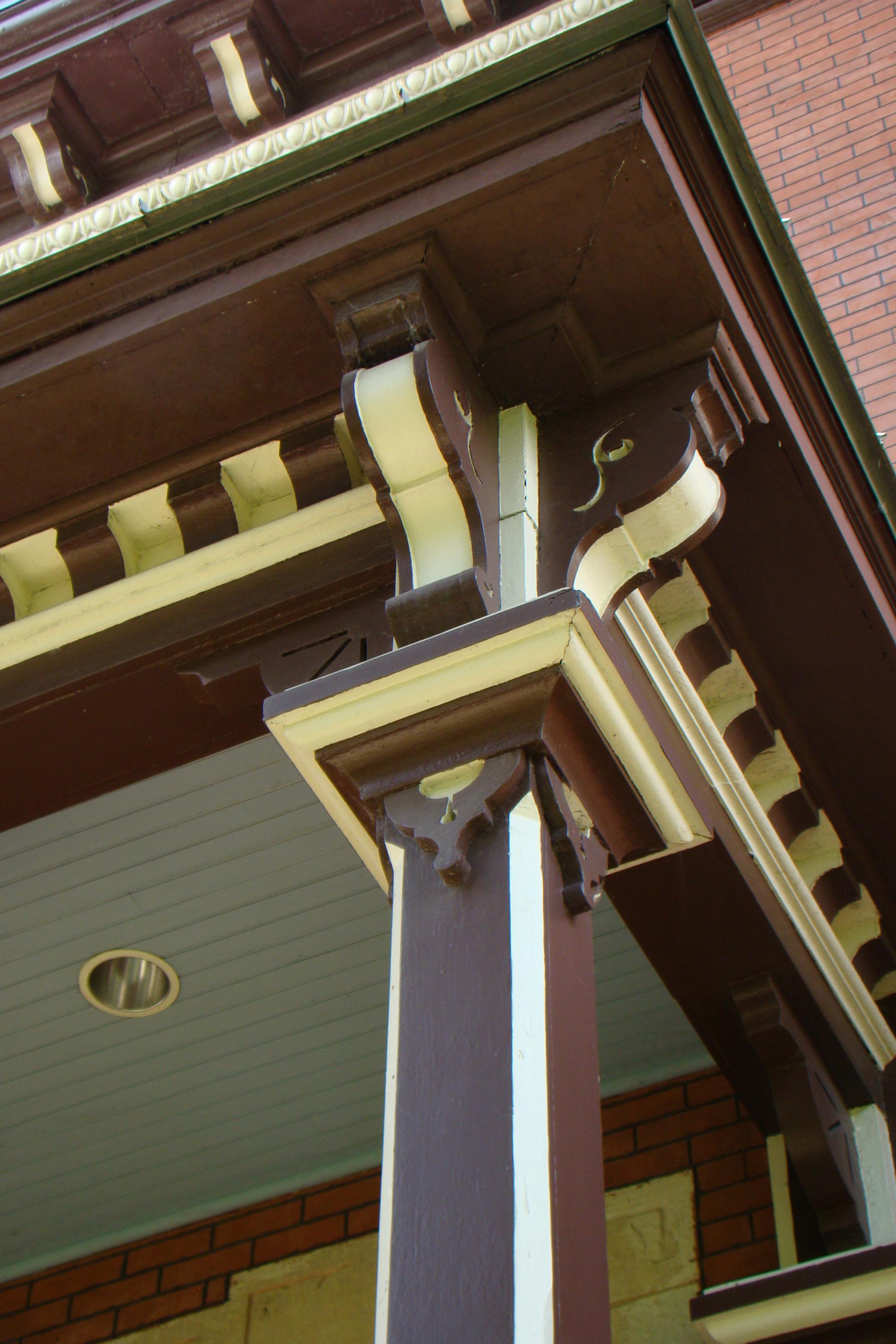 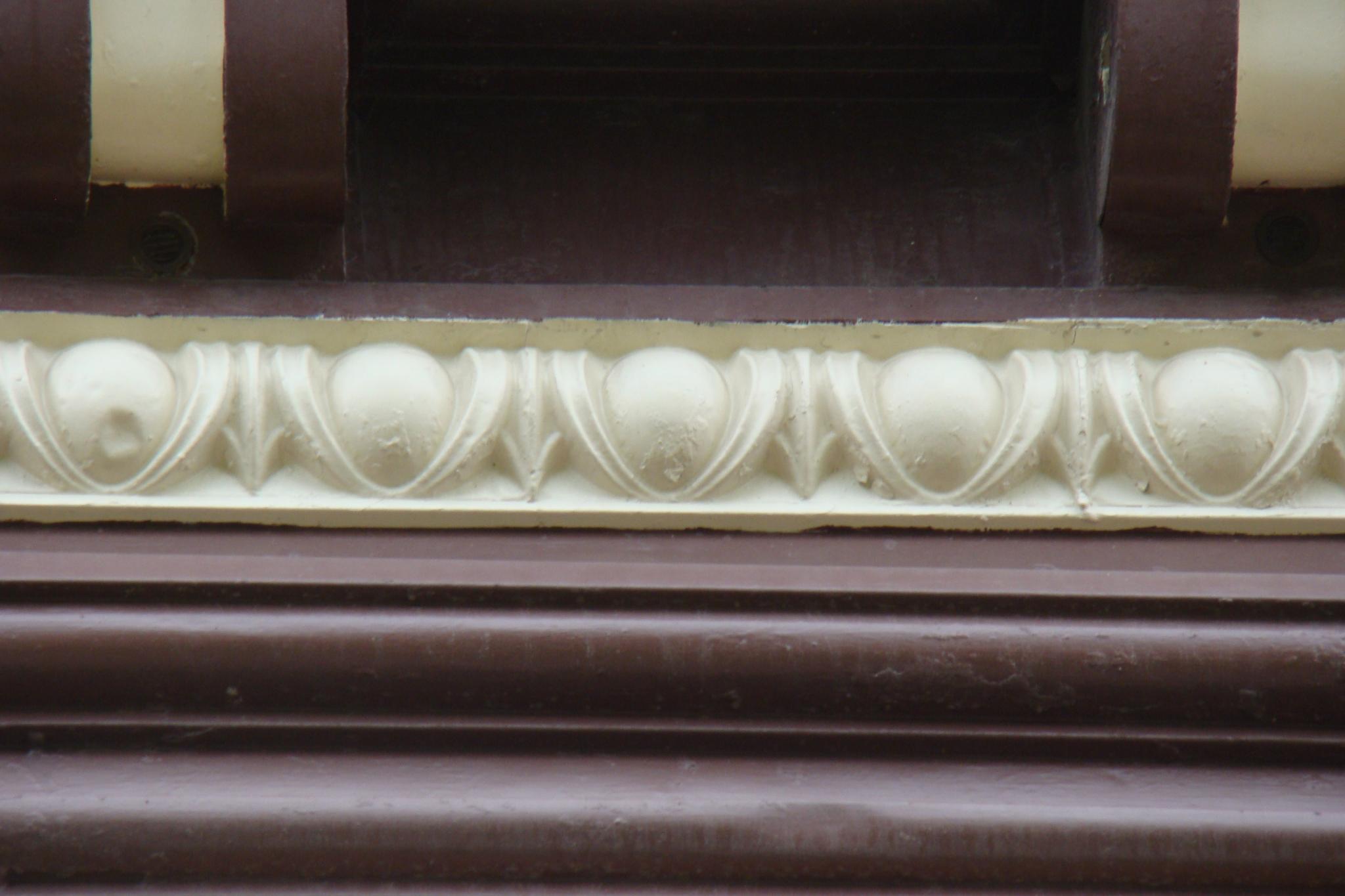 George Martin built the new family home, Pinecraig, using many local building materials. The limestone from George’s quarries is visible on the building’s exterior, but real bricks are harder to find as a thin coat of mortar covers the brickwork. This technique, known as parging, hid any imperfections in the real bricks used to build the home.

The mansion shows a variety of popular Victorian architectural styles. When used together, they are commonly referred to as Victorian Eclectic style. The Italianate style is the most dominant on the exterior façade of the mansion. This style was inspired by Italian villas and was popular in the United States from the 1860s through the 1880s. You can see this Italianate style through several architectural choices on the exterior of the house. The single-story porch has square posts with beveled corners. Windows are decorated with stone arches above, often referred to as hooded windows. Bay windows extend onto the second story. The roof has protruding eaves, which are decorated with bracketed cornices. And the house itself features a darker color palette with lighter trim.

Other popular Victorian architecture features on the house include the porch’s overall High Victorian Gothic appearance, similar to the Century Memorial Chapel at Naper Settlement. The roofline is a Second Empire style, best characterized by a mimicked mansard roof, or a four-sided roof with two slopes, with the lower slope at a steeper angle than the upper. The northwest chimney reflects the Queen Anne style, popular at the end of the 19th century. Finally, the egg-dart molding, seen in the white line of trim on the cornice of the roof line, is inspired by Greek Classical architecture.