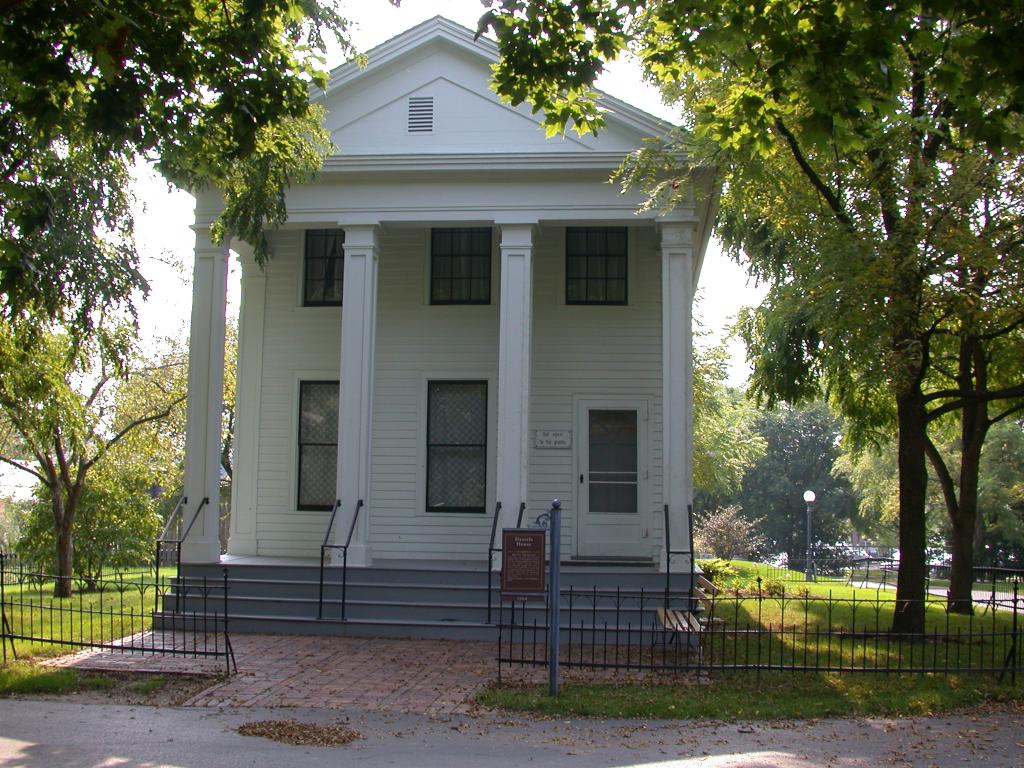 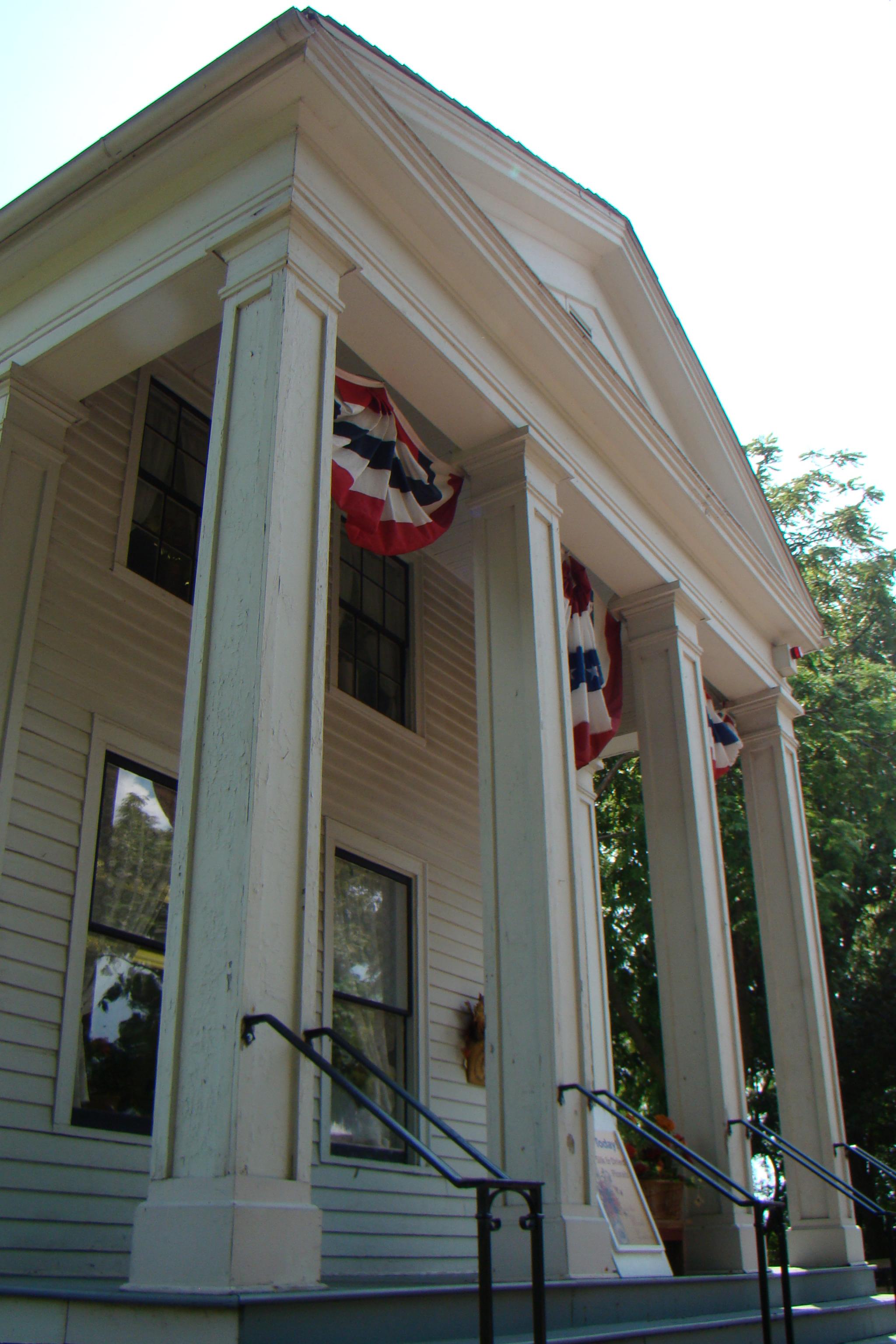 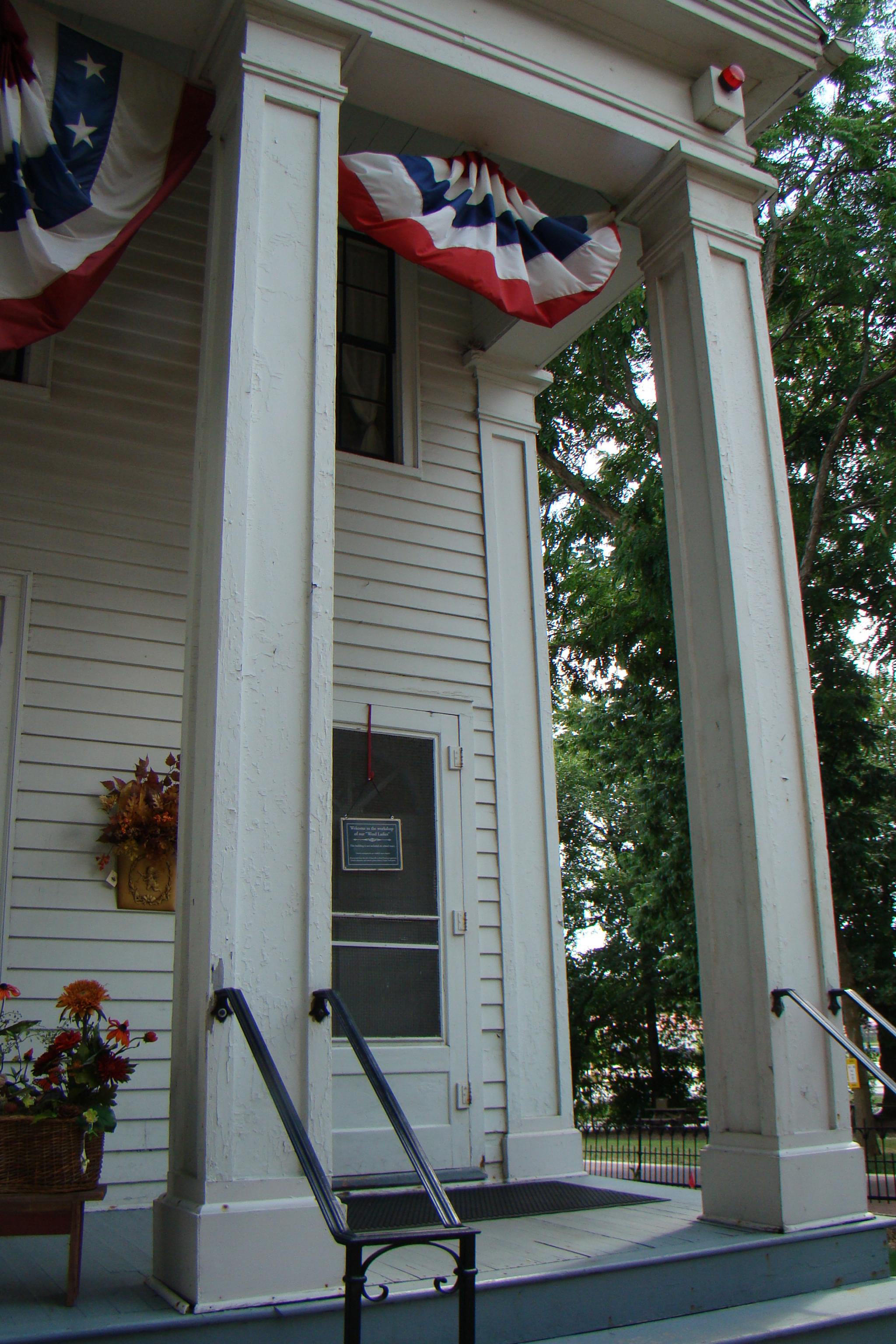 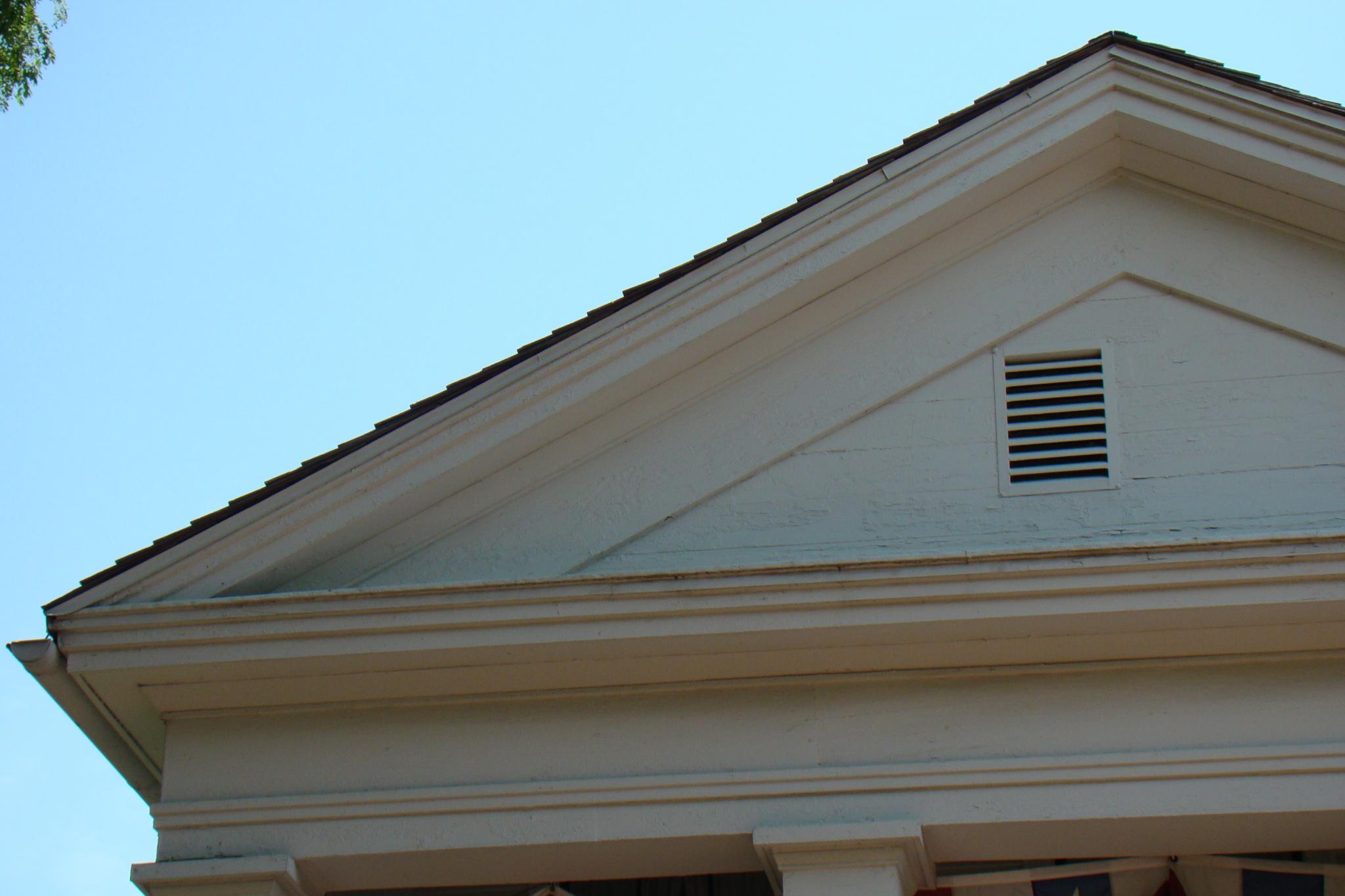 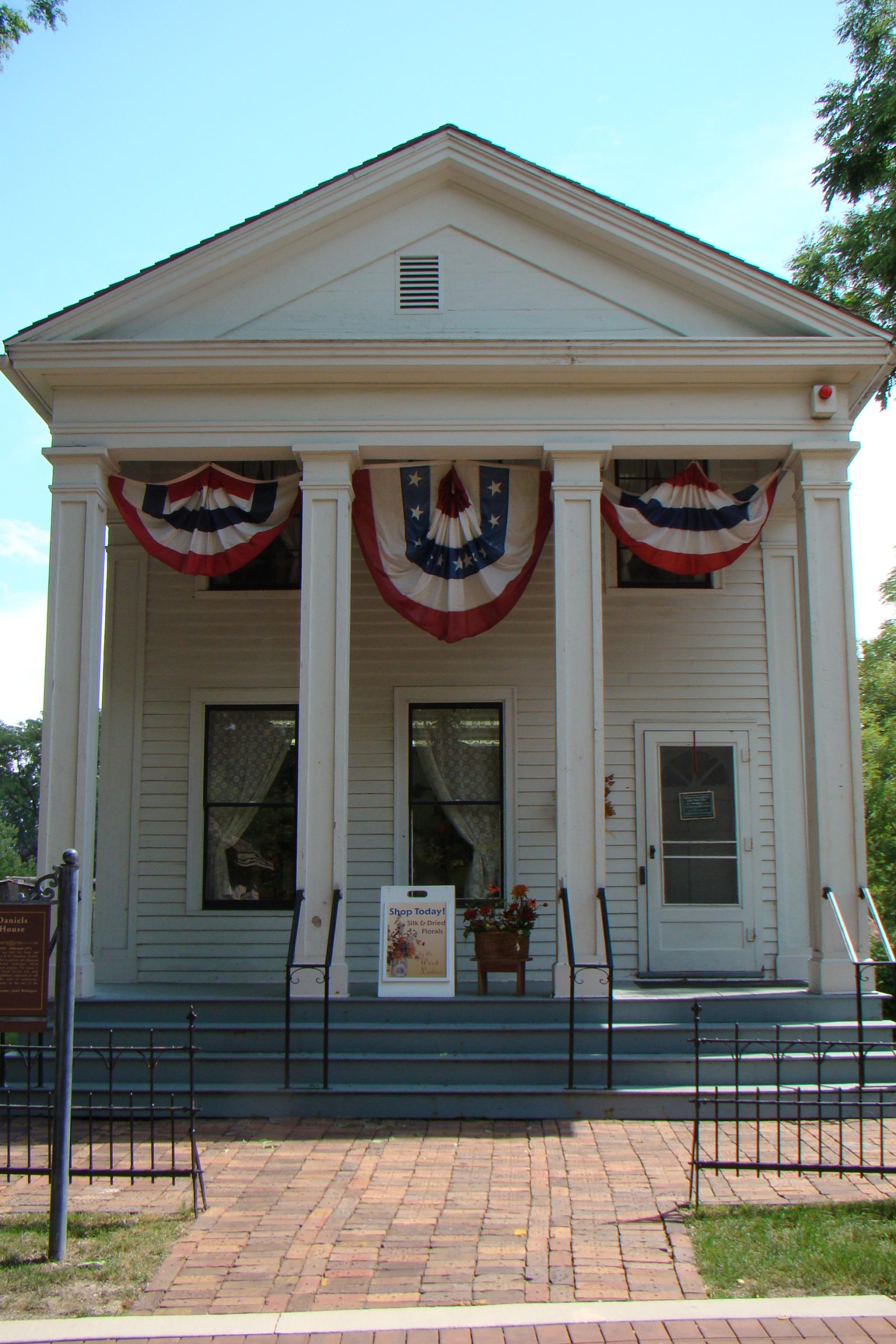 The Daniels House is a typical example of Greek Revival architecture. The name comes from the style’s imitation of classical architecture from ancient Greece. After the War of 1812 against Great Britain, Americans began to turn away from popular English styles found in many colonial homes. As an alternative, they looked to the classical architecture of a historical era that inspired the ideas of democracy so important to the foundation of the United States: ancient Greece. The style’s popularity in the 1830s-1850s earned it its nickname: The National Style. The Daniels House exhibits many popular characteristics of Greek Revival homes. The home showcases a large, two-storied front porch with square columns. Like the Halfway House, the Daniels House also includes a front-facing gable roof with an entrance on the triangular wall. The roof itself has a wide, divided band of trim to emphasize the cornice lines and a decorative trim, which forms a pediment of triangular shape on the gable-front end.