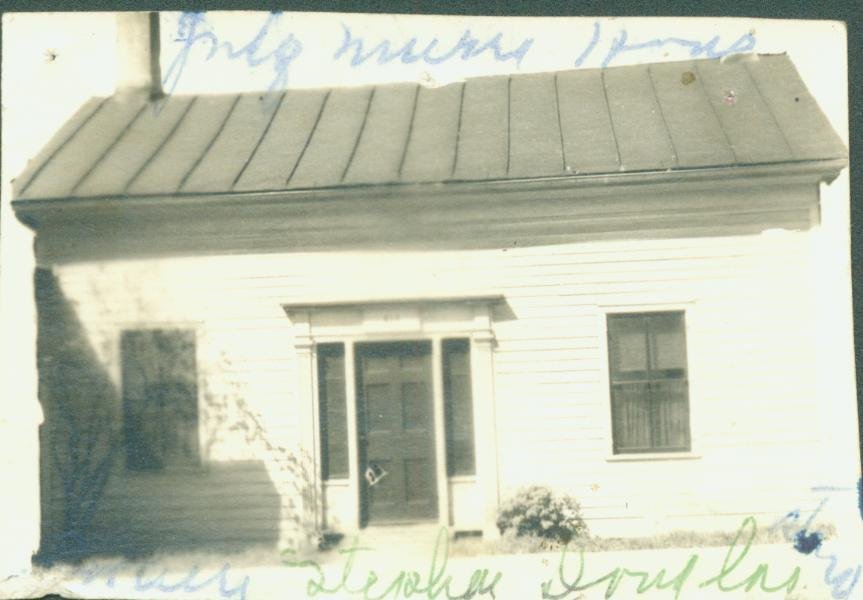 “Let each state mind its own business and let its neighbors alone! If we will stand by that principle, then Mr. Lincoln will find that the Republic can exist forever divided into free and slave states.” Ideas such as this, expressed by Democrat Stephen Douglas to a crowd in Quincy, Illinois while campaigning for state Senate, were quite likely a topic of conversation around the table of this house owned by Robert Murray. Murray, a friend of Douglas’s and an avid supporter of states’ rights, was already actively involved in Illinois politics when he built his house on Main Street in 1842. It was here that Douglas stayed after he delivered a campaign speech at Naperville’s New York Hotel, another of Murray’s enterprises, in 1856. Public service was an early calling for Murray, who at age sixteen swam ashore from Captain Naper’s schooner that carried the first settlers. Within a year he had joined the Illinois Mounted Volunteers to defend the settlers during the Black Hawk War. He spent the next two decades in a variety of occupations, including constable, sheriff and student of law, before being admitted to the bar in 1851. Around town he was known simply as “Judge,” an endearing as well as professional title for a man respected in town for his fairness.

Back to Home
Previous