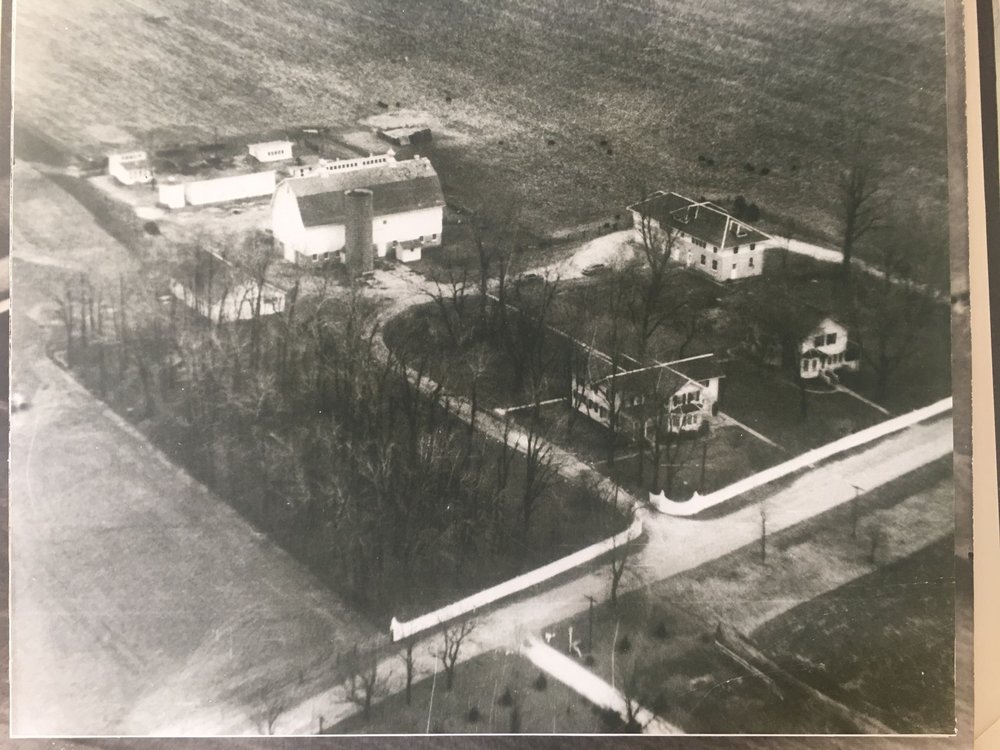 All the early settlers needed to grow their own food in order to survive. Without proper food preservation, the food they spent so much time and effort growing would be lost or even worse, make a person deathly ill. Most farms had a smokehouse—a masonry structure similar to this one, where a fire could be built on the dirt floor and kept smoldering for up to two weeks. The smoke would slowly cook the meat and infuse it with flavor. This smokehouse came from Max Gartner’s farm in south Naperville, where it had been in use for a hundred years. The walls are double thick brick, which support a limestone slab ceiling most likely hauled from one of the local quarries.

Cellars, like the one on the northwest side of the Halfway House, were the ideal place to store the harvested food like fruits and vegetables, along with dairy products and preserved meat. The underground location provided insulation, keeping food cool in summer and preventing it from freezing in the winter.

The milk house behind Halfway House dates to the early 1900s and was used to store milk prior to transportation to a creamery. Although this milk house was located adjacent to a barn, earlier milk houses were typically located on top of a creek or river to keep the milk cool. Naperville had many dairy farms in late 19th and early 20th centuries with cows outnumbering people for several decades. The Milk House comes from the Maple Knoll Dairy Farm which was originally owned by the Bauer Family and bounded by Ogden Avenue, Washington Street, and I-88. The Milk House moved to Naper Settlement in 2019.