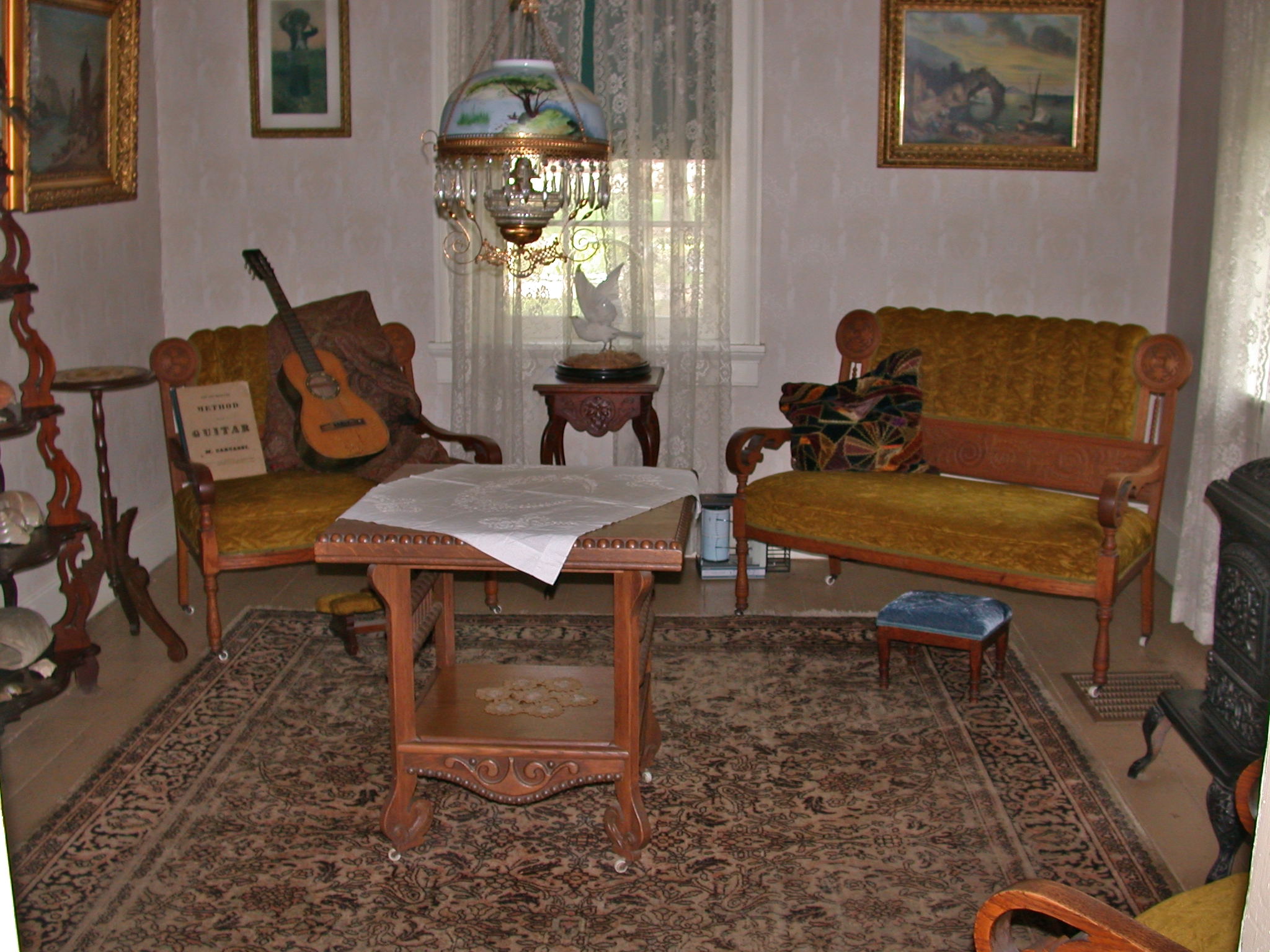 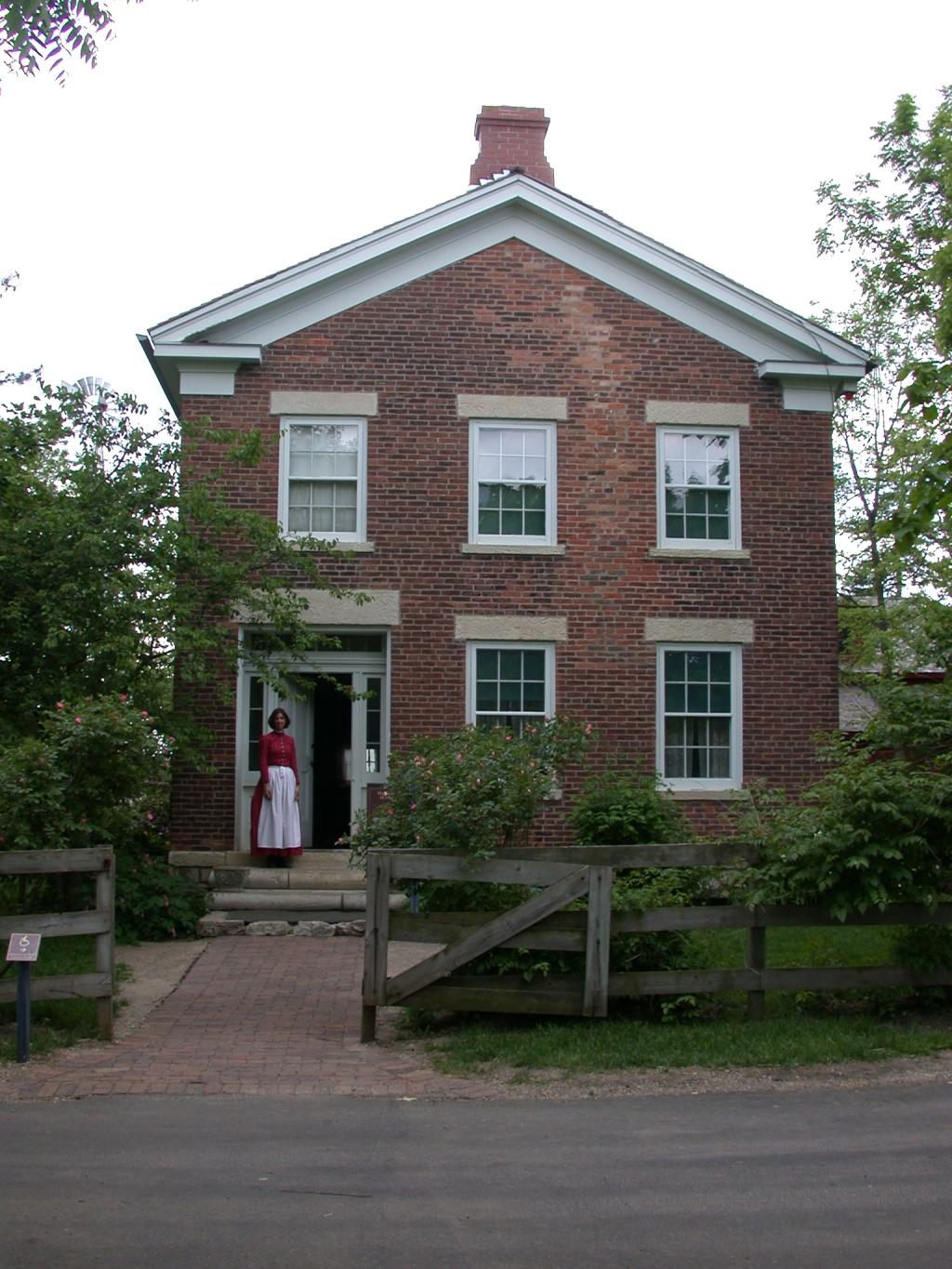 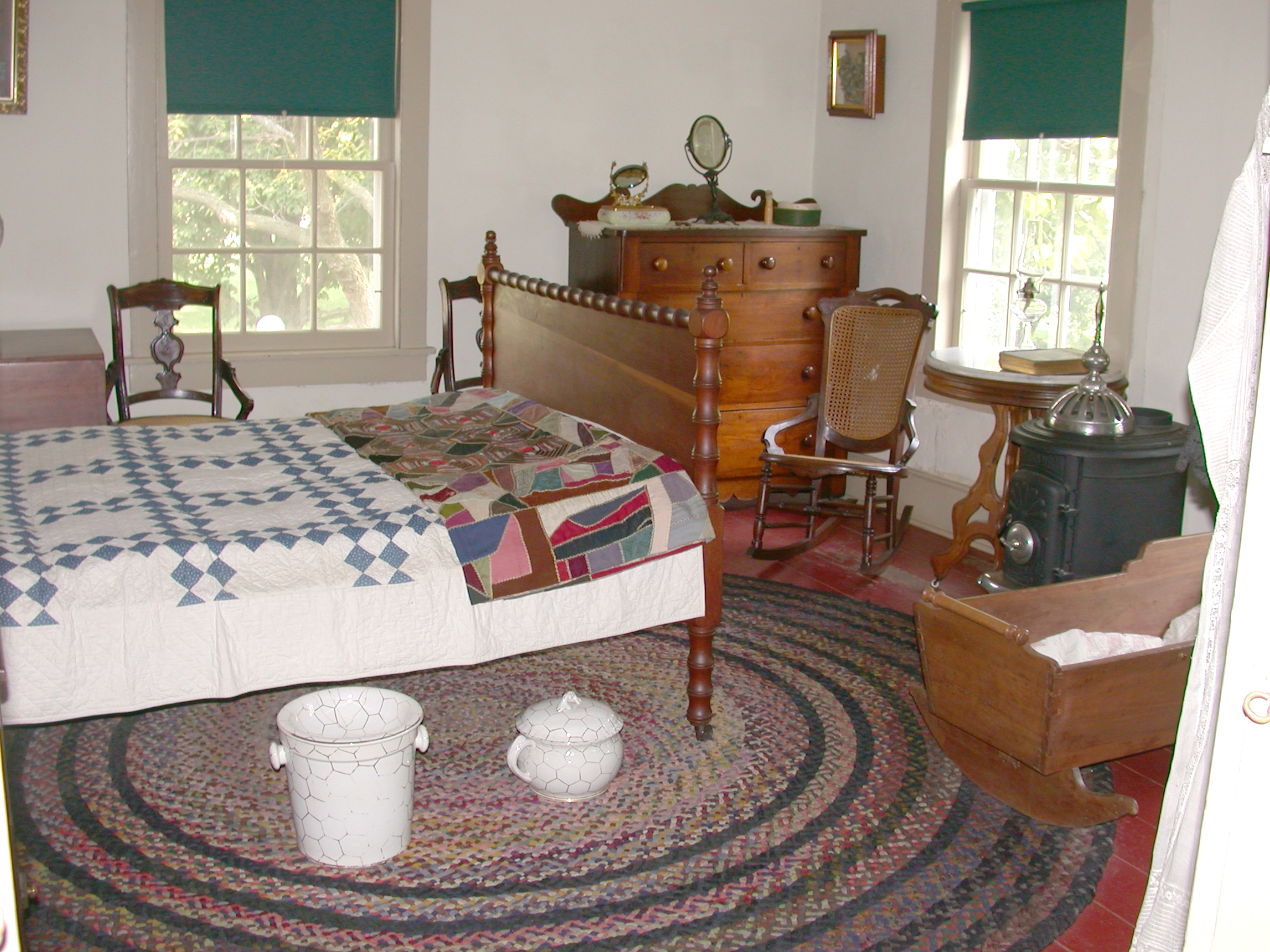 Urbane Stanley moved from Vermont to Naperville in 1837, where he lived as a farmer. His land not only provided rich red clay soil to grow crops, but Stanley also used the clay to make the red, sunbaked bricks used to build this house, later nicknamed the “Halfway House”, in 1843.

Although the home exhibits some elements of Greek Revival architecture, the architecture of the Halfway House is more commonly associated with folk architecture. Unlike other architectural styles that came and went, folk homes provided shelter with little regard to changing fashions. Homeowners typically built these homes themselves using materials found close to their site, sometimes with the help of local craftsmen. Families passed folk building traditions down through generations, resulting in little variation of the style. Its similarity in design to other buildings at Naper Settlement suggests that Naperville’s early residents possibly shared building traditions with each other.

Originally standing halfway between Naper’s Settlement and Aurora, 12 miles west, the house soon became a familiar landmark dubbed the “Halfway House” by a young traveler, Helena Zentmyer, as she often passed between the two towns. The location of the house on the main thoroughfare also made it a resting spot, a place to get a drink of water before the next leg of the trip. Recognizing the building’s rich history, Helena Zentmyer purchased the home and donated it to the Settlement. The Halfway House was relocated to Naper Settlement in 1975.