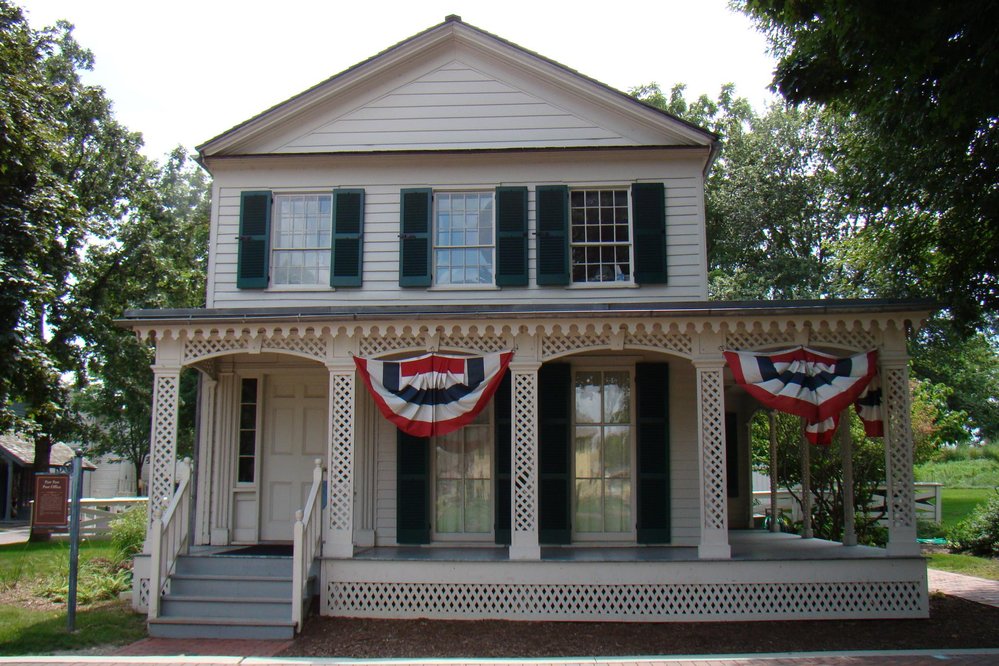 Built in 1833, the Paw Paw Post Office was one of the first frame buildings in Naper’s Settlement. Serving as both a family home and mercantile business, Alexander Howard, a carpenter by trade, was named postmaster in 1836. With this new position, the Howard home became the post office and stagecoach stop, which in turn attracted more customers to his mercantile business. Mail in the mid-1800s came by wagon, stagecoach, and even steamboats. In Naper’s Settlement, the sounding of the post horn announced the approaching delivery. Upon hearing the horn, residents would gather by the paw paw trees surrounding the Howard house to read and listen to letters.

This structure experienced two additions, one in the 1860s and one later in the 19th century, to make the Howard’s original home into the structure visitors see today. The Howard family house came to Naper Settlement in 1977 from its original location at Webster Street and Jefferson Avenue.