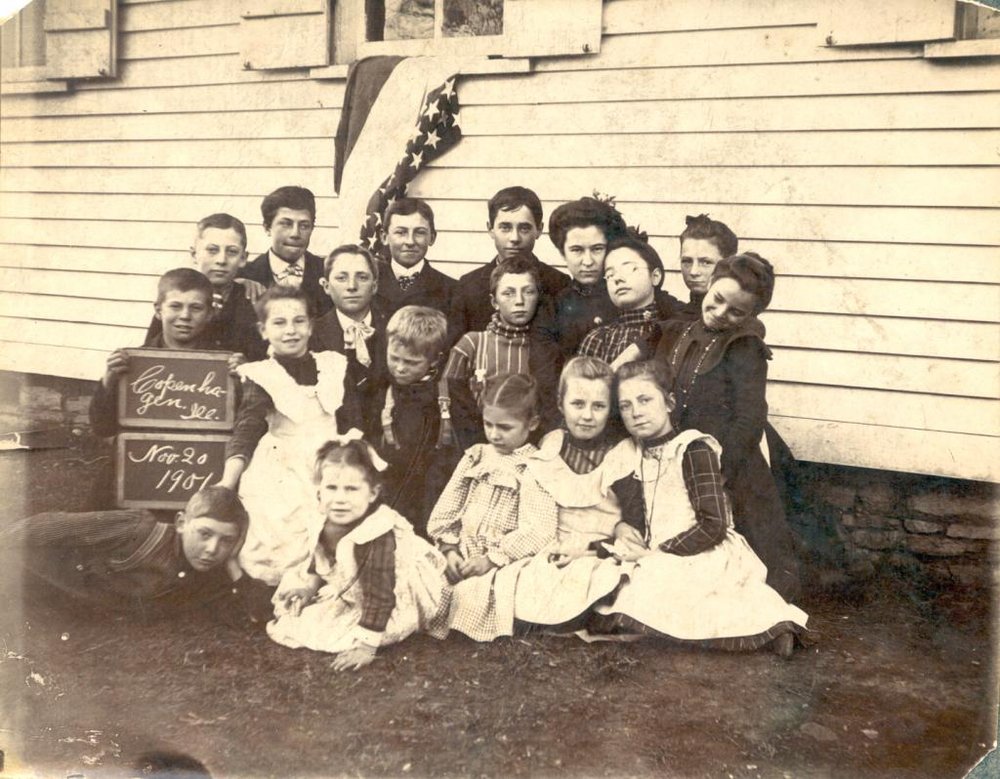 Students’ conduct was valued as much as their academic achievements, and classroom rules emphasized respect and obedience. Although teachers attempted to keep an orderly classroom, students often misbehaved. Boys pulled off girls’ hair ribbons and dipped their braids in inkwells. Children stuffed rags in the chimney and “smoked out” the scholars or stuck gum on the seats. Some children from Copenhagen School even put gophers in the piano to disrupt class. The method of punishment was up to the teacher. It wasn’t unusual to stand a misbehaving student in the corner or deliver a swift strike with a ruler. Hannah Ditzler Alspaugh remembered the punishment her friend Eliza received while they were both students at Naper Academy: “Eliza when in mischief was sometimes put into the wood box. There were knotholes through which she used to peep out and throw wood chips.” Hannah and Eliza were among the first students to attend the new school, which opened in 1850. Hannah later taught in the school, where as many as 87 students gathered in her classroom.