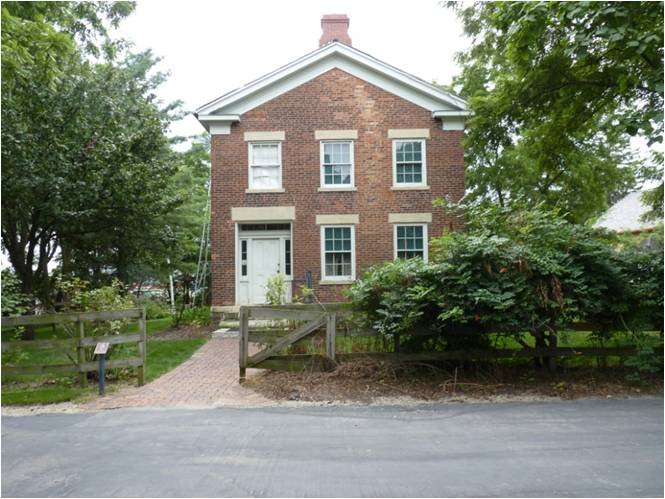 There were no street signs or paved roads in the 1830s. The only landmark between Naperville and Aurora was Urbane Stanley’s house. Urbane Stanley moved from Vermont to Naperville in 1837, where he lived as a farmer. His land not only provided rich red clay soil to grow crops, but Stanley also used the clay to make the bricks used to build this house in 1843. Originally standing halfway between Naper’s Settlement and Aurora, 12 miles west, the house soon became a familiar landmark dubbed the “Halfway House” by a young traveler, Helena Zentmyer, as she often passed between the two towns. The location of the house on the main thoroughfare also made it a resting spot, a place to get a drink of water before the next leg of the trip.

At this same time in history, Illinois highways provided many active links in the Underground Railroad, as it connected the southern slave-holding states with the free states in the north and Canada. Whether the Stanley’s were abolitionists is not known for certain, however, they did subscribe to an abolitionist publication and undoubtedly were opposed to slavery either on moral, religious, or political grounds.

Recognizing the building’s rich history, Helena Zentmyer purchased the home and donated it to the Settlement. The Halfway House was relocated to Naper Settlement in 1975.