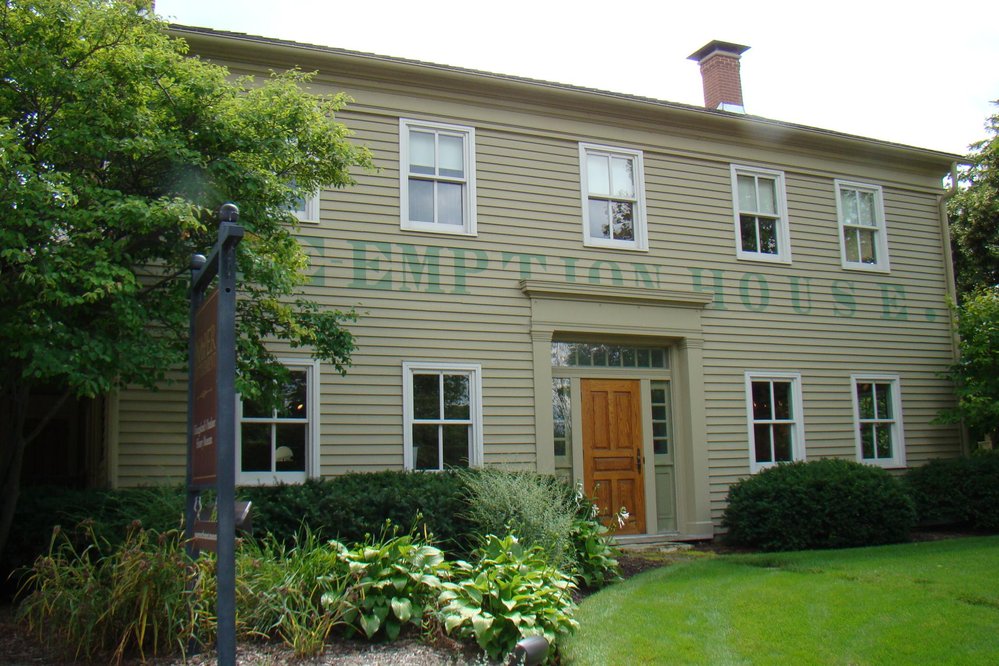 Built by George Laird in 1834, the Pre-Emption House was one of the first hotels built west of Chicago. Travelers journeying west from Chicago by wagon or stagecoach would spend three days rattling over 28 miles of rutted roads before arriving in Naper's Settlement. Guests included traveling merchants, politicians, entertainers, and horse traders. For only 35 cents, guests received a bed, breakfast, and a drink, as well as feed and stables for their horses. The Pre-Emption House had nineteen bedrooms, an office, a kitchen, a dining room, a sitting room, a maid's room, and a large sample room. Not only did the Pre-Emption House serve as a hotel during its long history, but it also acted as a gathering place to conduct business. Before the construction of the first DuPage County courthouse in Naperville in 1839, the Pre-Emption House hosted official government business. Beginning in the late 1800s, Monthly Horse Market days in front of the hotel drew farmers and dealers from all over to haggle and show off their horses. This is represented by the statue outside of the current Pre-Emption House. As one settler put it, the Pre-Emption House was “the biggest thing between Chicago and the Mississippi.” The original structure, which stood on Main Street and Chicago Avenue, was demolished in 1946. You are now standing in a recreated Pre-Emption House, opened to the public in 1997.