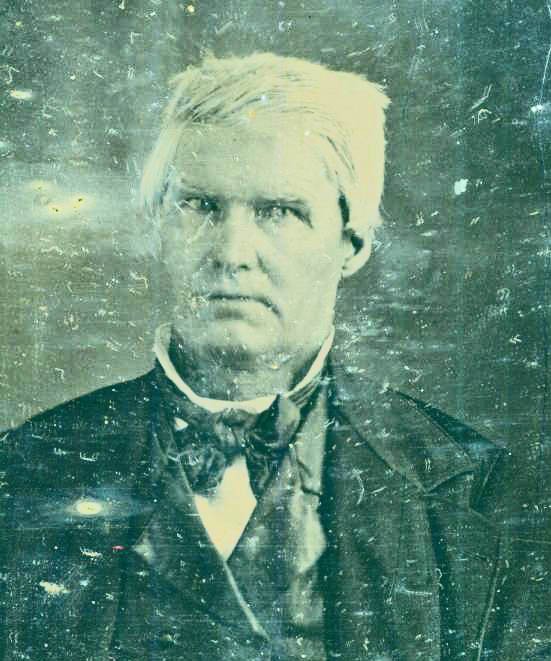 Naperville’s first settlers from the eastern United States lived in crowded log homes like this one. In 1831, Captain Joseph Naper, a former captain on the Great Lakes, led a party of 50 to 60 settlers from Ashtabula, Ohio, to a parcel of lush prairieland along the DuPage River, land that would become known as Naper’s Settlement. The journey had not been easy. The settlers first took a boat across the Great Lakes. Upon their arrival at Fort Dearborn (present-day Chicago), the settlers then had a three day’s walk west, traveling alongside their heavily loaded covered wagons. When Naper’s party finally reached their destination, there was much work to be done. Not only did the new arrivals have to quickly build log homes, but they also had to plant crops like buckwheat and rutabagas. Naper was intent on establishing a permanent town, and soon, the settlers had established a sawmill, school, and grist mill. Naper’s group of settlers were not the only people living along the DuPage River in 1831. Indigenous people called the Potawatomi had dwelled in the area for years. Joseph Naper established a relationship with the Potawatomi and their chief Aptakisic, known to the settlers as “Chief Half Day,” and traded a variety of items. Despite the hardships faced in their first few years in their new home, the settlers eventually established a community that would grow to be one of the largest cities in Illinois.