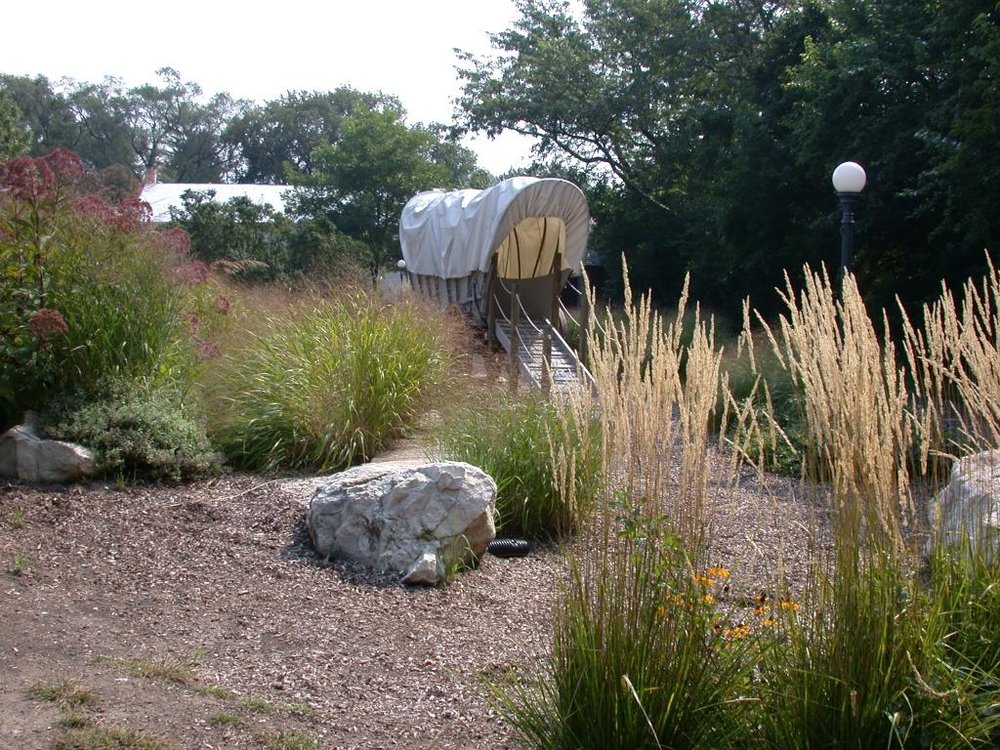 When Joseph Naper’s party arrived in Illinois in 1831, almost 60% of Illinois, more than 22 million acres, was covered in tallgrass prairie. Grasses like big bluestem and compass plant grew over 10 feet tall. By the turn of the 20th century, approximately 90% of the prairie had been lost as it was plowed into valuable cropland. With the destruction of the prairie habitat, native animals, such as bison, prairie chickens, and elk, began to disappear as well. As of 2014, only 0.01% (one-hundredth of a percent) of the Illinois prairie remains. However, the prairie is being restored in many areas, as it is here at Naper Settlement around the Conestoga Wagon and Fort Payne. Jeffrey Skibins, a conservation expert, explains, “once you have your site established for the creation of the prairie itself, the first thing you want to do is remove as much of the exotic material as possible. And by that I mean plants that don’t naturally occur in Illinois. And so you want to remove as much competition as possible so that those plants can get themselves established and begin self-seeding. As endangered as the rainforests are, the prairies are several times more endangered simply because of the lack of native prairie left. There is still native rainforest left in South America and Africa. There is very little native prairie left in the Midwestern states and that makes it much more in danger than the rainforests. Prairies do not occur anywhere else but North America and Illinois was one of the largest patches of prairies around.”