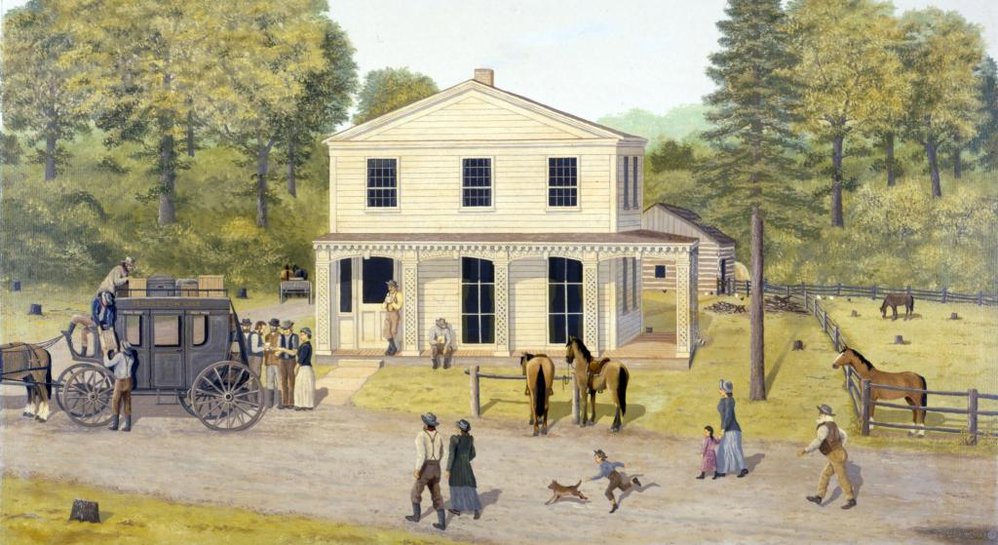 Built in 1833, the Paw Paw Post Office was one of the first frame buildings in Naper’s Settlement. Serving as both a family home and mercantile business, the Howard home became the post office and stagecoach stop when Alexander Howard, a carpenter by trade, was named postmaster in 1836. Mail in the mid-1800s came by wagon, stagecoach, and even steamboats. In Naper’s Settlement, the sounding of the post horn announced the approaching delivery. Upon hearing the horn, residents would gather by the paw paw trees surrounding the Howard house to read and listen to letters.